As the global economy forwards to perils, there have been increased reservations on the health of the Indian Economy in the past few months. However, a recent global report by an American private equity firm Blackstone indicated otherwise. The recent report by Blackstone said that the chances of the Indian Economy going into a depression seem less.

It specifically mentioned that the efforts by the new Narendra Modi Government are likely to bring better results in the short-term. As India has improved its position in the World Bank’s Ease of Doing Business Report, the business-friendly approach of the present Indian Government will bring the GDP growth rate to 6% for 2020.

This estimation has come in the report named “Ten Surprises for 2020.” Blackstone Vice Chairman Byron Wien and Chief Investment Strategist Joe Zidle have jointly drafted the above report. This report has been published for the last 35 years, where Wien describes some surprising changes in the economic and political world.

As per Wien, an event of surprise is that which is assigned a bleak chance of taking place, but Wien considers them to have more than 50% chance of actualizing.

Wien also predicted that the U.S. President is unlikely to get convicted on the charges or impeached from his office before the end of his term. The report also talked about controversial topics such as Hong Kong. According to Wien, both China and the U.S. may choose not to interfere much in the protests. China may wait for the protests to be worn down on its own.

As the relationship between the U.S. and Iran is taking a new turn, Wien predicts that Iran may take more adventurous steps to put the stability in the Middle-East region to a toss. Iran’s acrimonious relationship with Saudi Arabia and Israel is likely to be worsened further.

Though the oil price is soaring like anything, the Russian economy is unlikely to fall on the track anytime soon. The miseries of Russians are likely to be intensified further this year and this may lead to the creation of social conflicts. Wien also said that a continuation of anarchy and disharmony seems likely at this stage. This may lead to volatility in the financial markets globally. This year, investors may choose to avoid emerging markets, especially on the currency debt segment. The report also predicted that North Korea might finally put its nuclear programs off the table after a little further push by the U.S. 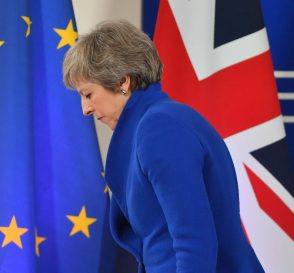 Lawmakers are in no hurry to snatch a deal or a Brexit delay. A growing sense of unease in the economy will place extra pressure on parliament to break the deadlock. This may be enough to convince a few MPs …
Michael King|February 18, 2019|