Bitcoin has not been able to reach the $50,000 mark for three months now after falling from its highest position in 2021. Although the coin showed some positive signs over the last few weeks, many holders are readily selling their BTC holdings to secure their purses from volatility. However, these signs are not as concerning as they should be with the American Bitcoin mining firms. But, on the contrary, they are ready to expand operations over the current year as they expect the demand for BTC to grow.

Last year, BTC recorded a new all-time high by reaching the $60,000 mark. The fortune did not last long as a bearish sentiment swayed the entire market and brought bitcoin down. A few intermittent rising movements that promptly followed this were not able to eliminate the fear of volatility. However, this short-term volatility is less likely to affect the long-term growth of BTC, according to this well-investigated and reliable Bitcoin price prediction.

It is only in view of such predictions that the mining operations are planning for an expansion. Marathon Digital Holdings and GEM meanings, two of the forerunners in Bitcoin mining, are expecting to at least double the operation by the end of this year. Charlie Schumacher from Marathon has plans to buy 199,000 new mining machines while entering 2023. GEM, on the other hand, plans to accommodate 32,000 new online miners. The two firms are basically sturdy in their belief that Bitcoin would be the future of the financial sector which seems to motivate their new Investments.

Yet, this may not be the case with other operations around the world. This decision to expand came as a surprise for many amidst rising concerns about capital efficiency with BTC mining. In fact, a significant number of miners are reported to be selling off their holdings to keep their cash flow in their wallets. Even Marathon Digital moved its file to the SEC to liquify $750 million worth of stocks earlier this month.

According to Marathon, this is a part of its plan to get prepared for the market fluctuations, as no one can predict it. The two mining firms also look positive about Bitcoin’s upwards journey in the next few months. Moreover, CEO GEM Minings believes that the initiative by states like Illinois and Georgia to cut the taxes on energy consumption during mining will benefit small-scale startups in the future. These administrative decisions, along with a positive forecast for BTC, substantiate their decision to expand mining operations in the United States. 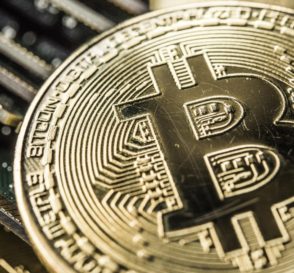 Marco Lim was an executive at Goldman Sachs in the past and now has joined a hedge funding firm that focuses on blockchain and cryptocurrency, MaiCapital. He has become the Managing Partner at this Hong Kong-based firm. He worked at …
Margaret Johnson|February 28, 2019|