EBay Inc.’s share price fell for most of 2018, but many hedge funds have proved that a change is on the boundary which added to existing positions or established new positions during the last months of 2018.  According to data and regulatory filings compiled by Symmetric.io, Baupost Group, run by BlueMountain Capital and Seth Klarman made new investments while Adage Capital Partners and Hudson Bay Capital Management made a fairly large purchase in the fourth quarter.

Data also showed that banking giants like Citigroup Inc, UBS AG, Morgan Stanley and JPMorgan Chase who make investments for institutional and retail clients also purchased millions of new shares.  The 30 percent gain in the eBay’s stock price created a sizeable windfall and was likely fueled by the movements of two activist hedge funds. Elliott Management, one of the most successful and busiest activists on Wall Street said in its regulatory filing that it had made a new net on eBay during the fourth quarter and listed call options on 8.5 million shares.

Jesse Cohn, a partner at Elliott, wrote to the board of eBay to encourage a sale of StubHub ticketing as well as its classified ads, saying that it would help drive stock price to $63 in 2020.  Starboard Value, a notable hedge fund also built a stake and contacted eBay’s management, even though it was not listed on Starboard’s filing. Starboard declined to comment on this.

The 13-F regulatory filings are made by fund managers to detail the stock held by U.S. companies in the previous quarter. The filings do not require derivatives to be disclosed, so an investor can build a position without letting it show on this filing.

On Thursday, eBay announced a restructuring plan that includes uniting geographic regions. It also announced that Scott Cutler, a senior executive will be leaving.  The 13-F filing submitted by Baupost shows that it bought over 21 million shares of eBay during the fourth quarter. This makes Baupost one of eBay’s top 5 U.S. holdings.  Some hedge funds also backed away. Glenview Capital Management, owned by Larry Robbins, which had a 17 percent gain last month after losing 16 percent in 2018, sold over 4.4 million eBay shares and cut its positions by 37 percent. 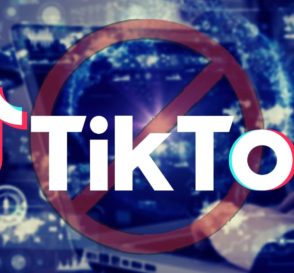 TikTok, an emerging social media platform that allows its users to post short videos, has broadened its community guidelines. It calls for banning any content that may cause harm to the community by sexually objectifying minors or promoting hate. TikTok …
George Hicks|January 9, 2020|