In a big jolt to South Korean economy, deflation is likely to emerge as one of the biggest threats and challenges predicted by leading global rating agency Standard & Poor’s (S&P) on Tuesday. However, the country’s economy may get revived at a slow pace in the year 2020. As of now, S&P has pegged South Korean economic growth at 1.9 percent for 2019.

Shaun Roache, the chief economist for the Asia-Pacific region at S&P, said that the revival in the country’s economy might take place at a slow and gradual pace. He also warned that deflation might pose the biggest danger to Asia’s fourth-largest economy.

The country’s economic growth is expected to take place at a 1.9 percent rate for the current financial year, and it may escalate to just 2.1 percent in the year 2020, added Roache. Nothing much has changed in today’s S&P’s outlook when compared with the last forecast in October.

Earlier this year in October, S&P had brought down the Korean economic growth forecast for the present financial year to 1.8 percent from 2 percent. The agency blamed the declining exports and investment as the major factor responsible for poor growth. The ongoing trade war between United States and China and current slowdown of Chinese economy generated additional pressure on the country’s economy.

However, Roache has expressed hope and asserted that the country’s economy is likely to recover in 2020 amid worldwide monetary easing, a partial trade agreement between China and America, etc.

Roache also made a forecast that there might be some additional rate cuts by Bank of Korea to bring it less than one percent for the first time in the history. And, inflation and investment are expected to remain subdued.

He claimed that in case the ongoing price fall translates to wage cuts, it may trigger a bigger mess in the country. Meanwhile, South Korean credit rating firm NICE Investors Service said that the country’s economy might register a growth of 2.0 percent in 2019 and 2.2 percent in 2020. 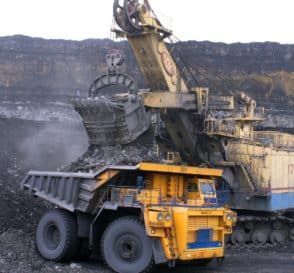 The Trudeau Government is assessing the potential of its mining sector for the future of the state’s economy. In that context, the Department of Mining and Natural Resource of Canada is planning to appoint a British firm, Roskill Consulting Group, …
Margaret Johnson|December 4, 2019|