Qualcomm President Cristiano Amon has said that the use of 5G technology is being adopted globally at a rapid pace. In this context, he said that the number of 5G devices in 2020 would easily beat the target of 200 million sets previously. Amon made these comments at a Qualcomm event at CES in Las Vegas.

2020 is the year we really expect 5G to scale, and it’s moving faster than 4G despite skepticism.

Amon said that over 300 countries across the world were investing in creating 5G architecture, 45 of which had already started offering 5G services to their users.

Qualcomm has developed snapdragon 8 and 7- series chips, which will be powerful enough to support 5G services.

Qualcomm is also looking at the adoption of 5G technology in fixed wireless broadband for the internet sector. 34 companies across the world currently use Qualcomm’s Snapdragon X55 5G modem. These services providers will be able to combine Wi-Fi 6 and 5G to provide 5G internet services to homes for laptops, computers, and TVs. This will boost 5G adoption in the fixed wireless broadband sector.

At the event, Qualcomm also launched the world’s first 5G PC, the Lenovo Yoga 5G, which will run on Snapdragon 8cx chipset. Users can convert the Lenovo Yoga 5G into a PC, a laptop or a tablet as per their preference. It has a 24-hr battery life and Dolby Atmos. For security, the Yoga 5G incorporates both an IR camera and a fingerprint scanner. It also uses an Adreno 680 GPU which does not require a cooling fan. The 5G connection would increase streaming speed, gaming speed and enable real-time video chats. 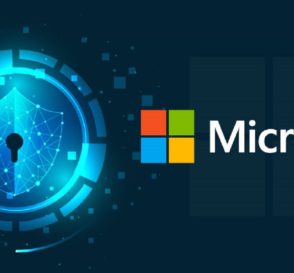 Microsoft will set up a cybersecurity center in Belfast, North Ireland, which will employ 85 people. The center will serve Microsoft’s industrial customers in Europe, Middle East, and Africa. The Department of Economy will spend 800,000 pounds to open Assured …
Michael King|January 28, 2020|