The Danish firm NNE has been a bit of a pioneer in the European cannabis space. The company was established less than a year ago as a consultancy that helps cannabis firms with the production and distribution of cannabis. The company has quickly become one of the best-known names in the cannabis industry and has attracted significant investment from Canada. Canada is the beating heart of the global cannabis industry and it has now emerged that NNE is the point of contact for Canadian Atlas’ significant investment in Denmark.

Speaking about the company’s approach, Jesper Klove, the Chief Executive Officer of NNE, stated, “With this new team, NNE provides consulting from cradle to grave. We identify the client’s commercial basis and participate in investor meetings as advisors. If a company then decides to invest in a cannabis project, we can help establish the business.” Considering the fact that NNE has been involved in the pharma sector for 70 years, it is in a position to help Canadian companies that are trying to set up shop in Denmark. It has worked in as many as 25 medical cannabis projects and in addition to the Canadian Atlas project; it has 25 more projects in its kitty.

The European cannabis market is expected to grow quite fast and according to some estimates, it could be worth as much as 123 billion Euros by 2028. It is hoped that different types of cannabis like Indica and Sativa are also going to be brought to the European market in the fullness of time. The regulatory environment is another important issue when it comes to the cannabis industry and in this regard, Denmark is quite clear. Its regulatory provisions are clear and it becomes easier for Canadian companies to navigate those. An NNE executive stated, “The players in this market foresee that companies living up to the high but clear regulatory requirements in Denmark also live up to 85-90 percent of the possible European requirements.” 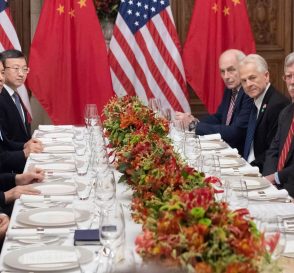 Robert Lighthizer, U.S. Trade Representative and Steven Mnuchin, U.S. Treasury Secretary are in Beijing this week as the American and Chinese negotiators try to finalize a trade deal to ease the ongoing trade war and avoid an increase in U.S. …
Florence London|February 15, 2019|