In a report by Reuters, it has come to light that Cab services group Grab, gaming company Razer, AirAsia, telecom organization Axiata, and lender CIMB are some of the companies interested in applying for digital banking licenses in Malaysia. The companies have already started to take the help of consultancies as they are seriously thinking of foraying into the digital banking sector. Sources revealed that Singapore has received 21 bids for five digital bank licenses in this month itself.

Last year December, the central bank of Malaysia announced its plans to issue a maximum of five licenses to new online banks as per a licensing framework that is to be finalized by the end of this June. The online banks need to provide customers conventional or Islamic banking.

According to the proposed framework, digital banks need to design and market products and services by taking into consideration the gap in “under-served and unserved segments.” The banks also have to maintain an initial capital of RM100 million ringgit (S$33.2 million) and upgrade it up to RM300 million.

In a report published by Fitch Ratings on Wednesday, it is mentioned that the new applicants would probably be targeting “under-served retail and small and medium-size enterprise segments, which typically have a higher risk profile and lower-income.”

The path to profitability will be regional expansion in ASEAN (the Association of Southeast Asian Nations). The minimum capital entry requirement is substantially lower for them and it’s a much bigger market.

Krishna also feels that anyone considering to apply for a license in Singapore will most probably also seek a license in Malaysia too.

The Asian subcontinent is seeing a large shift in its banking model. There are a large number of takers for a license to operate online banking services. This option lets firms to start banking services without having to invest too much for physical branches, so they get the option to offer customers low-cost financial services. 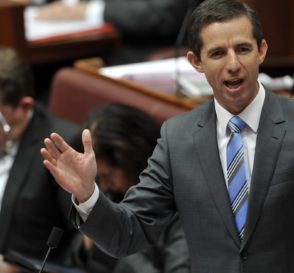 Minister of trade Simon Birmingham says isolationism might be an important factor in China’s moves to back off on imports of Australian coal, as the Morrison government inspects whether the limitations are against the world trade rules. While he said …
Florence London|February 25, 2019|