Home
Business
Wells Fargo Should Look For Its Next CEO Outside Wall Street: Warren Buffett

The search for the next CEO for Wells Fargo is on after Tim Sloan who stepped down last month following a sales practice scandal. Even as the search for the CEO is on, Warren Buffett is asking the bank to look outside Wall Street. Buffett had earlier backed the outgoing CEO Sloan saying that he supported the CEO completely and had added, “I don’t want his job. I’m very empathetic to anybody who walks the big problem and a very large and politically sensitive institution.”

Wells Fargo is looking for its next CEO and had said that the replacement will not be from the board and would look someplace else while the general counsel of the Bank Allen Parker is the interim CEO till a suitable one is found.

Warren Buffett who is the largest shareholder of Wells Fargo in an interview to a leading daily said that it should look for its executives beyond the leading banks like Goldman Sachs or J.P Morgan but instead look someplace else for appointing its next leader as candidates from Wall Street will be scrutinized by the Congress much more than others. He said, “They just have to come from someplace outside Wells Fargo and they shouldn’t come from Wall Street. They probably shouldn’t come from JP Morgan or Goldman Sachs. There are plenty of good people to run it, but they are automatically going to draw the ire of a significant percentage of the Senate and the US House of Representatives, and that’s just not smart.”

The bank has been involved in a lot of controversies and crises since 2016 when the fake account scandal broke out. It is also troubled due to a lack of corporate culture but Warren Buffett and his investment firm Berkshire Hathaway has been promoting the bank as a great long-term investment as a bank stock and the investment company continues to own a large part of Wells Fargo. The shares of the bank are up by 6%, and the stocks closed at $48.78, and Buffett said that Well Fargo remains strong despite the fake account scandal. He said, “If you look at Wells, through this whole thing they are uncovering a whole lot of problems, but they are not losing any customers to speak off.” That speaks a lot about the general confidence on the bank. 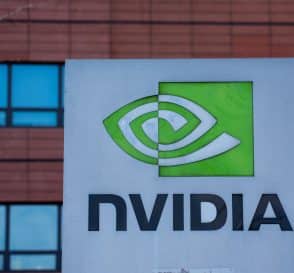 On Friday, there was a rise in the shares of chipmaker company Nvidia by almost 8 percent; the company said that their Q4 earnings are much better than the expectation for the year 2019. The sales for the 2019 year …
Michael King|February 15, 2019|