In a recent statement, Bengaluru based payment gateway PayU announced that it has completed the acquiring process of PaySense. PaySense is one of the emerging digital credit platforms in Mumbai, and it is valued more than $185 million. PayU has also clarified that it would soon be merging its credit platform, LazyPay, with PaySense. A fresh $200 million funding is to be extended for the newly established entity. As per the official release, out of the $200 million, $65 million is likely to be gone upfront, and the rest may take two years to be injected.

The deal would also see Prashanth Ranganathan, CEO of PaySense, take over as the head of PayU’s credit business, and he will also lead the new venture as its CEO. All the existing investors, except Prashanth, will have to exit from the new entity. However, PaySense’s management is to be retained in the new unit.

As the Indian Government has been pushing its brainchild, UPI, and due to low-cost internet availability, there has been a recent mushrooming of various credit businesses in India. Most of the new products are primarily focussed on Micro-credit sought by students or persons with no credit history. Though the efforts of the Indian Government have been successful in pushing the banked population to new heights, access to formal credit is still a distant dream for many. As per a report by BCG, the Indian credit market has the potential of growing into $1 trillion in the next half a decade.

The new faces of digital credit in India are actively using the user’s bank statement, social media profile, and cell phone’s data for granting loans. The new venture will leverage PayU’s extensive consumer data and LazyPay’s enormous range of products to penetrate efficiently into the Indian market. They have also confirmed that the new entity may consider co-lending with other commercial banks and NBFCs.

This merger is the next step in our journey as we accelerate our vision for credit in India. We’re delighted to welcome Prashanth and his experienced team as we integrate this fast-growing business and build a full-stack digital lending platform aligned with PayU’s overall plan of orchestrating a broader fintech ecosystem in the region.

He also added that the new association would help them to provide credit to the unbanked population of India, and they were looking at launching a new personal loan product aimed at democratizing credit in India. 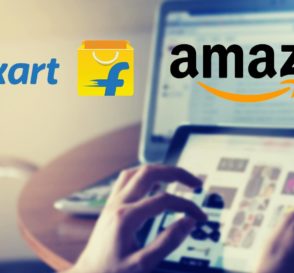