The United Kingdom is well known for having some of the most business-friendly regulatory bodies, and the Financial Conduct Authority (FCA) is certainly one of those. In a new development, it has emerged that the FCA is now exploring ways in which it could support RegTech solutions in a better way. To that end, the regulatory body is looking at the option of creating a digital sandbox. The FCA believes that the introduction of such a solution will result in much better management of a wide range of regulatory activities.

The Sandbox had been launched by the FCA around half a decade ago, and it has proven to be a highly useful product for a wide range of firms. It allows companies to test out new innovative financial products, business models, and services without having to go through a regulatory overview. Numbers prove that it has been an unqualified success. As many 700 companies in the United Kingdom have taken advantage of the Sandbox, and out of those, 47 have completed the testing process. It is a clear indication of the sort of effect that it can have on the RegTech in the years to come.

Director of Innovation at FCA, Nick Cook, has stated that RegTech is one of the most important products in the financial services world and could one day go on to become a major part of the finance industry. He used the expression “sleeping giant” to describe RegTech. Now, the quantum of investments in the sector has not yet gone through the roof, but the possibilities of RegTech are plain to see. Hence, it is not a surprise that the FCA is prepared to allow firms to use its testing Sandbox to fine-tune their products. 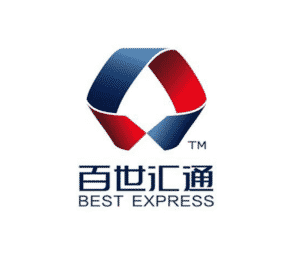 American logistics firm BEST Inc has made its name as one of the best logistics firms in the world and it is perhaps best known for its express delivery service. In a new development, the company announced that it is …
Robert Brinson|October 11, 2019|