In a big development that will bring cheer to the South Korean economy, the country received a surplus of approximately $71.5 billion in trade with free trade agreement allies in the year 2019, according to data received today.

The country underwent a deficit of 32.4 billion from trade with non-FTA allies, revealed data posted by the Korea Customs Service.

By the year 2019, the country held 13 various FTAs with several nations or regional blocs like the European Union and the Association of Southeast Asian Nations. South Korea specifically enjoyed the highest trade surplus of $ 38.9 billion in trade with ASEAN.

It is worth noting that over 95 percent of South Korean goods shipped to Canada secured the advantages of joint FTA. EU posted almost a similar figure of 86.9 percent that was followed by the USA with 85.2 percent, according to the data.

According to reports, approximately 99 percent of imports from Chile gets special treatment under the bilateral trade pact that is followed by New Zealand, with 93.7 percent, highlighted the data.

Recently, South Korea has stepped up efforts to expand its trade portfolio in a bid to reduce its strong reliance on the US and China, which account for approximately 40 percent of its joint exports. As a result of this, South Korea became one of the biggest victims of the ongoing Sino-American trade war. However, South Korea’s exports are likely to recover 3 percent in 2020 ahead of the global chip industry’s good growth following a sharp fall of over 10 percent in 2019. 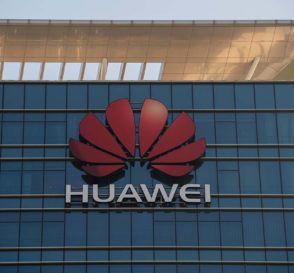 Chinese tech giant Huawei, which is the biggest supplier of telecom equipment in the world, has been in immense trouble over the past few months after the United States authorities accused it of spying on behalf of Beijing and then …
George Hicks|April 26, 2019|