Cryptocurrencies’ mainstream adoption is expanding rapidly as another venture announces payments in digital currencies. RLTY Capital, a real estate business, has recently announced paying off brokers in crypto if they want up-front commissions.

The move intends to showcase crypto’s acceptance within mainstream sectors. Briggs Elwell, RLTY’s Co-Founder and CEO, talked about the development, stating how crypto is quickly being used widely.

RLTY Capital has decided to expand its services and offer more options to agents. The development will make RLTY Capital future-proof, especially in the payments department. Elwell added that the real estate firm wants to offer users simplified investment and payment methods.

Crypto fits the role impeccably as it facilitates a straightforward and prompt payment process. Moreover, it empowers agents to remove intermediaries from the process, saving money on processing fees with wire and bank transfers.

Ryan Serhant, Founder and CEO of a real estate firm sharing his name, has also invested in RLTY Capital. The entrepreneur believes that many real estate agents in regions like South Florida and New York want payments in crypto. Since RLTY Capital holds a prominent market reach in the regions, the latest development appears only natural.

Ryan added that the agents are dealing with buyers who are either investing through or in cryptocurrencies. Thus, the latest move is only part of natural progression. The opportunities it unveils work astoundingly for RLTY AND Ryan.

With more enterprises accepting crypto, users will quickly see an ecosystem where it is accepted everywhere. Crypto can facilitate everything smoothly, from grocery shopping, Netflix subscriptions to cross-border payments.

Currently, RLTY only offers its services in Florida and New York and may go national in the upcoming six to eight months. The real estate firm works with industry experts to gain ending commission for commercial and residential properties.

Moreover, it buys commissions directly from agents without going through a brokerage. It allows the agents to invest funds into the business seamlessly. Achieving such results is challenging, and over 1099 contracts can testify.

The real estate firm has dealt in dollar transactions for a while, so it is time for crypto payments. RLTY Capital differentiates from other firms because it does not boast any cap on commissions. On the other hand, most competitors cap their commissions around 10 to 15k dollars. 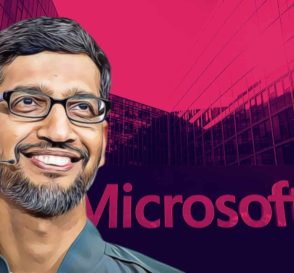 Sundar Pichai, the CEO of Alphabet, supports the call from the European Union’s short-term ban on facial recognition technology. However, this move from the Alphabet CEO was not looked upon in good terms by the president of Microsoft, Brad Smith …
Florence London|January 21, 2020|