Over the years, hundreds of scams pertaining to dodgy accounting books have been uncovered in different parts of the world, and in this regard, India is no different. However, the recent scam pertaining to Indian infrastructural development company IL&FS has proven to be highly controversial since plenty of investors had lost their hard earned money, and the company’s toxic debts seemed to have been covered up to fool people into thinking that it was in good health. It did not last for long, and earlier this year, the skeletons eventually flew out of the cupboard.

That being said, such a cover-up is tough to carry off without the company’s independent auditors having a whiff of the whole thing and hence, the Indian government has alleged that IL&FS auditors had been complicit in the whole thing. The auditors in question are Deloitte and KPMG affiliate BSR & Co. In a dramatic escalation of matter, the Indian government has moved to the National Company Law Tribunal (NCLT) and sought a five-year ban against both companies under the provisions of the Companies Act. In this regard, it is interesting to note that this is the first time in India’s history that this law is going to be invoked to ban an auditor from the country. The government has been asked to send the charge sheet prepared by the Serious Frauds Investigation Office (SFIO) to NCLT, and it seems that the two audit firms could be in for a long stretched out legal wrangle in the coming months.

The allegations against the two firms are very serious, and the government’s lawyers have made the case that they had participated in the cover-up. In charge sheet prepared by the SFIO, it has been stated,

The loans were transferred by mere book entry and resulted in the closure of old loans. The new loans didn’t require provisioning or recognition as NPA (non-performing asset). Hence the assignment of the same was prejudicial to the interest of the company. The auditors having the knowledge of the same had not reported the same in the audit report. 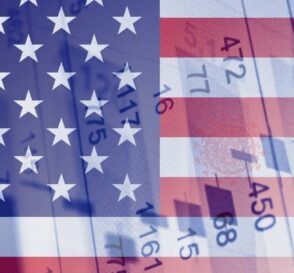 A little composure returned to the financial markets on Monday as concerns related to the highly transmissible Omicron variant got subsided a bit. The investors settled for a steadier stream of investment as Oil prices regained momentum and bounced by …
Wayne Clark|November 29, 2021|