Financial literacy is something that everyone should possess and if State Senator from Pennsylvania Dan Laughlin has his way then personal finance classes could soon begin in high schools. Laughlin has authored Senate Bill 723 and if the bill is eventually passed, then high school students will be taught the basics of financial education. It has often been observed that high school students go on to graduate without having any knowledge of elementary aspects of personal finance. Such lack of knowledge can often lead to a bad financial decision in the future. For instance, a student will have a better understanding of the nuts and bolts of his student loan if he is more financially literate. High school students are going to be taught personal finance from the 9th grade until the 12th grade and will also be awarded credits for the same.

The bill has also clearly stated the sort of subjects that are going to be taught to students. It will consist of “understanding financial institutions, using money, learning to manage personal assets and liabilities, creating budgets, and any other factors that may assist an individual in this commonwealth to be financially responsible.” The bill had been introduced by Laughlin back in June and it could, in fact, be passed by the end of 2019. If the bill is passed, then students of the 2020-21 batch will be the first to experience the new curriculum.

The bill had been introduced by Laughlin back in June and it could, in fact, be passed by the end of 2019. If the bill is passed, then students of the 2020-21 batch will be the first to experience the new curriculum.

It appears that the bill could well prove to be a popular and Laughlin said as much. He spoke about the fact that it was passed with an overwhelming majority in the Senate. He said,

We voted it out of the Senate, 49-0 in favor. So it’s obviously a popular bill, and it gives the [school] districts flexibility in how they implement it.

While it is true that it is an important initiative, it needs to be pointed out that there might be one slight bone of contention among lawmakers. That will involve the ways in which different districts are going to pay for this initiative. At this point in time, the bill is unclear about that. 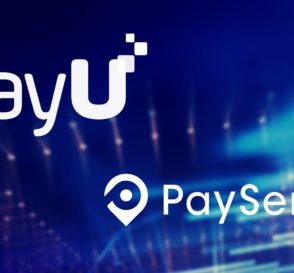 In a recent statement, Bengaluru based payment gateway PayU announced that it has completed the acquiring process of PaySense. PaySense is one of the emerging digital credit platforms in Mumbai, and it is valued more than $185 million. PayU has …
Wayne Clark|January 11, 2020|