Hyperchain and China Xiong’an Group, a startup company in China, has launched a blockchain-based platform named Shanzong, on Monday, that reportedly tracks every single detail of donations that are made through charity funding. Information relating to the kind of donations (whether money or medical materials like masks), how these resources would be matched to areas where they are most needed, and also pertaining to the process of their deliveries, are recorded in the platform. This helps to ease out the process of funding in the areas that are affected by the deadly Coronavirus outbreak in China. The decentralized attribute of blockchain technology makes the donations fully transparent and tamper-free.

In support of the launch of the blockchain-based platform, Shanzong, the startup Hyperchain said,

Shanzong guarantees the authenticity of donation information by putting it on the blockchain, which then cannot be changed or deleted. This is the biggest difference [with traditional charitable donations].

Some government charity organizations in China are allegedly blamed for mishandling public donations and distribution of the funds to the virus affected areas. The social media went crazy with news of shortages of front-line medical kits like face masks that the practitioners use to protect themselves while treating patients, in some hospitals in China. Following this, the Red Cross Society of Hubei issued a statement on its website, on February 1, saying that they are

deeply distressed, blamed themselves, and felt guilty about problems with the distribution of donated materials.

Following the Coronavirus outbreak in China, which resulted in thousands of casualties, the nation is making myriads of developments to combat the issue and reducing the rate of casualties that has left the nation thoroughly shaken and devastated. Meanwhile, another blockchain startup company named FUZAMEI has launched a blockchain-based platform “33 Charity”, to improve the efficiency of charitable organizations in China, to combat the spread of Coronavirus. It has also donated $14K to fight the deadly virus. AI technologies, robots, and drones are being used at various locations in China, to detect and diagnose the lethal virus outbreak. Temperature screening systems are installed at various railway stations, human cleaners are replaced with automated robots to reduce the rates of infections. Citizens are advised to wear face masks to stop the contamination further. 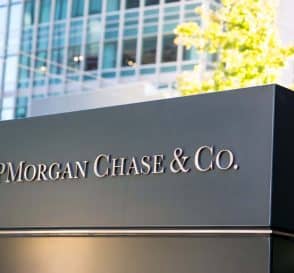