Home
Tech News
IITs, IISc and Some Other Elite Colleges to Get Space Technology Cells From ISRO

ISRO, The Indian Space Research Organization, has recently made an announcement for setting up of the space technology cells in some of the premier engineering institutes and science colleges that include IITs (Indian Institute of Technology) in Bombay, Madras, Kanpur and Kharagpur, IISc (Indian Institute of Science) in Bengaluru and SPPU (Savitribai Phule Pune University) in Pune.

This collaboration of the premier institutions with ISRO is undertaken to carry out the various space research activities and applications. In this regard, the Union Minister of State, Jitendra Singh told the Rajya Sabha, “ISRO desires development of high-end technology in collaboration with IITs in the areas of Space Science, Space Technology and Space Applications. The identified projects will be funded by ISRO.”

Speaking about this move, eminent personalities like Dr. Vikram Sarabhai, the former director, Vikram Sarabhai Space Centre, Trivandrum, highlighted the merging missions of ISRO and urged the institutions to involve academics to address the various research development requirements to achieve the ISRO missions. 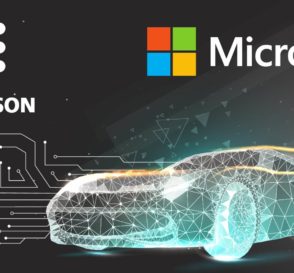 Ericsson will integrate its Connected Vehicle Cloud with the Microsoft Connected Vehicle Platform to allow automakers to implement connected vehicle services such as fleet management, and connected safety services faster and at a low cost. The solution is scalable and …
Margaret Johnson|December 20, 2019|