Apple has confirmed that it is officially laying off 190 employees in its self-driving car department. In a letter to the California Employment Development, the company said that it will have to let go of 190 members of the Project Titan and will happen on April 16th.

Who will be let go?

The company in its filing to the state regulators said that it has plans of laying off people from eight of its facilities from Santa Clara, California headquarters on April 16th. Among those who will be asked to leave the company, are about 40 engineers, a machine learning engineer, and 24 software engineers. Other positions that are likely to be hit are at the physical products for consumers group which includes product design engineers, ergonomics engineer, and a machine shop supervisor. A spokesperson from the company confirmed that the layoff was happening in the self-driving program.

This is not the first time the Project Titan team has been let go. There were many job cuts in 2016 when there was a design shift from full-fledged car making to just the underlying platform.

The company which has been working in the autonomous car technology since 2014 had ramped up its resources in 2015. But, with the quarterly revenues falling to $84 billion which is a mark Tim Cook, the CEO has called it disappointing. The company has resorted to shake-up the Project Titan team.

Apple had till date not revealed any details about the technology it has been working on and whether it is involved in the building of the whole car or only the software, sensors and the computer system. The let go of people is a kind of a wakeup call for the team under Doug Field who worked with Tesla Inc which manufactures electric cars. As per the court documents, Apple has employed about 5k workers of which 1.2k are considered as core members who are working on the development of the project.

Though, the company has reduced the number of people working on the project testing is in full swing. In its filing, Apple has said that it has clocked testing of 80k miles in 2018.

With the sales of the iPhone decreasing and affecting the revenues, there is pressure to take action. It is more likely an attempt to reevaluate their spending on experimental projects, but whatever be the reason, it has cost the employees their livelihood. 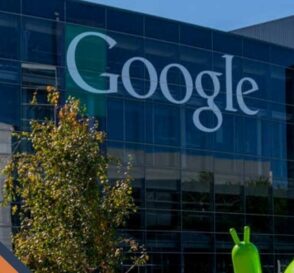 Alphabet Incorporation’s Google faces a 177 million dollars penalty in South Korea for abusing smartphone dominance. The company allegedly hindered its competitors from developing a new Android operating system. Regulators have accused Google (which owns over 80% of the global …
George Hicks|September 14, 2021|