In an Interview with BBC, the founder of Huawei said that there is no way for the United States to crush us.

Ren Zhengfei, the founder of Huawei Technology, mentioned on Monday that, the conviction of his daughter and the Chief Financial Officer of Huawei is politically motivated.

Ren Zhengfei, the founder, told “He is totally against the step taken by the US. This kind of action which is politically motivated is inappropriate and unacceptable.”

Huawei Chief officer Ms. Reng is charged with criminal charges by the US, criminal charges such as money laundering case, abstracting trade secrets illegally and bank fraud are leveled against her. However, Huawei has denied the charges and also any misconduct.

Meanwhile, Washington has issued warnings to its associates for using Huawei products in recent time. The Huawei founder replied to the charges made by the US prosecutors on her daughter that the company will withstand the pressure.

He also mentioned that the United States could not crush the company. The world will also not give upon us because we are at an advanced level. If the U.S tries to influence other countries not to use our products for a short time, we can manage to level the things down a bit.

However, U.S President Administrator’s office is trying to influence other countries to stop using Huawei products in critical infrastructure, further alleging that such things might be used to exchange intelligence information with the Chinese government. Countering to this allegation by the U.S, Mr. Ren has said that, we don’t accept the allegations and Huawei does not act as a Spying agent for Beijing and will never try to harm his users across the world.

The Chief Finance Officer of Huawei was arrested in December last year, in Vancouver due to U.S extradition charges of fraud, although the charges have been denied by Huawei. Mr. Ren further added that the United States likes to punish others, whenever they have problems, they try to implement such methods and are against this, although we have gone so far now, it is better for the courts to settle the matter.

Mr. Ren, the founder of Huawei, said that they have decided to shift the investment plan that they had been planned for the U.S to U.K on a very large scale because the U.S doesn’t trust Huawei.

Mr. Ren mentioned “If the lights go in West, East will still shine. And if North is full of darkness, then there still lies South. The world is not represented by America. American is only a small part of the world.”

The U.K government is still considering imposing a ban on Huawei; Ren said to BBC that, we are not going to halt the investment plan due to this. We will continue with our investment plans in U.K, and we still believe in U.K and also hope that U.K will keep their trust on us, we will be investing more in U.K.

There are almost 23 charges which are leveled against the technology firm Huawei and also on Ms. Weng. The US Department of Justice has divided the allegation into two. The first allegation includes that, Huawei Co. has hidden its business links with Iran which is under the US trade sanctions and the second allegation includes stealing of trade secrets by illegal means.

Chinese largest private sector company Huawei has been under investigation due to its link with the Chinese government, while the US and other countries are concerned over Huawei technology, they are expressing their worries that the technology can be used to spy over them by the security service of China. According to Chinese law, the companies bound to support, co-operate and collaborate with the security agencies.

Replying to this Mr. Ren told that, Spying is at greater risk and we will even not take it. The Chinese government has mentioned that there will be no backdoors installed and we are not going to install them too. “We are not going to create any problem for the country and nor for our customers across the world,” “Our company is not going to involve itself in any such spying activities, and if in-case there is a need for such actions to be taken then we well shut down our company.”

Due to security concerns, Huawei is banned in countries like Japan, New Zealand, U.S and Australia, although countries across the globe are preparing themselves to invest billions of dollars over 5G wireless networks. “U.S effort to backlist Huawei will not hinder the growth of the company,” Ren mentioned.

A contribution of the United States is very small to his whole business, and the business that he formed from the past 30 years will resist the pressure from the Western governments.

There are some signals that indicate links between Mr. Ren and the government, stated during an interview and confirming to this he said that there is a Communist Party committee in Huawei and most of the companies do it whether domestic or international in order to function. They should abide by the Chinese law in China. 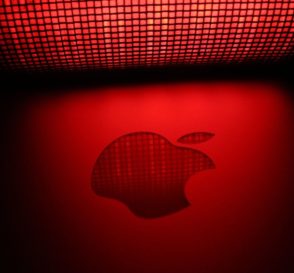 The multinational technology major, Apple Inc. has been dragged into a fresh brawl. This time it is not iPhone, but its premium Apple Watch. A pulse oximetry device designing company, Masimo Corp., has leveled serious allegations against Apple of stealing …
Michael King|January 10, 2020|