Hugging Face, a NewYork based startup that works in the field of Natural Language Processing (NLP), has raised $15 million in funding. The whole round of funding was led by Lux Capital in association with A.Capital, Betaworks, NBA star Kevin Durant, Salesforce chief scientist, Richard Socher, and OpenAI CTO Greg Brockman. Launched in 2017, Hugging Face is known for its chatbot app that allows users to have a virtual friend to chat with.

Interestingly, the startup team is innovating to add user’s emotions sensors into the app and generate responses that reverberate with their moods. On top of that, the company is gaining popularity for its recent release of open-source natural language processing library named “Transformers” on GitHub. The language processing S/W can be used for classifying text, extract information, generate text, and as an AI that is well-equipped to have conversations. The new library is so popular that it has been downloaded more than a million times and has received over 19 thousand ‘stars’ on the S/W hosting site.

VC Brandon Reeves of Lux Capital wrote, in a post, that above 1,000 companies are using “Hugging Face’s technology in production across applications.” The NewYork based startup offers models and APIs that are beneficial for startups as well as large tech firms, including Google, Microsoft, Facebook etc.

Hugging Face currently has nearly 15 employees and is expected to triple its workforce at its offices in NY and Paris, with the use of recent funding. 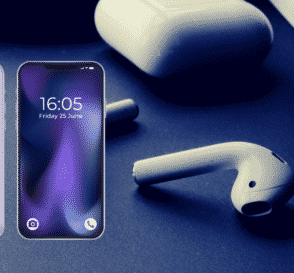 According to the latest report, Apple is planning to bundle Apple airpods or its TWS earphones with the firm’s coming iPhone models in 2020. The report alleges that “smartphone vendors including Apple, Samsung, and Xiaomi are looking to bundle their …
Florence London|November 30, 2019|