Home
Tech News
AWS CEO: Alibaba Cloud Growing in China, but Does Not Have Much of a Presence in the US

In a new development, the CEO of cloud market leader Amazon Web Services has stated that the company is not intimidated by the emergence of Alibaba Cloud. Andy Jassy, the CEO of AWS, stated that Alibaba’s cloud business is only growing in its domestic market in China and has not yet been able to penetrate markets in the US or other nations meaningfully.

AWS is currently valued at $36 billion and has become the leader of the worldwide infrastructural cloud market. It offers as many as 175 services at this point and is looking to add more services soon.

I would say that we mostly see Alibaba, as we’re working with customers, and they’re considering who they’re going to use in China is where we mostly see them. I don’t think they have much of a presence in the US or Europe right now.

According to a leading research firm, AWS is comfortably ahead of its competitors with a market share of 47.8 % share at this point. Microsoft is the closest competitor with a 15.5% share, while Alibaba has only been able to garner a market share of 7.7%. Jassy added that most of the AWS customers have stated that the company is two years ahead of its rivals. 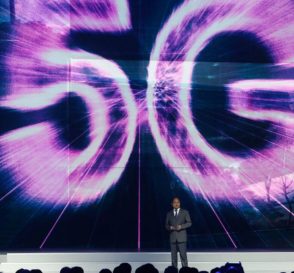 During the last month at Davos, Switzerland, many of the officials at the World Economic Forum were seemed to be pessimistic because of the trade and the global economy. But one issue should concern them, even more, is that the …
Florence London|February 19, 2019|