Home
Tech News
Are We Really Getting AirPods Bundled With iPhone 2020 Models?

According to the latest report, Apple is planning to bundle Apple airpods or its TWS earphones with the firm’s coming iPhone models in 2020. The report alleges that “smartphone vendors including Apple, Samsung, and Xiaomi are looking to bundle their new models with TWS earbuds next year.”

The report also cites some anonymous industry sources from whom the news came out. Though the news can’t be deemed authentic, people are still ready to believe it even in light of the present price of AirPods.

AirPods are worth a couple of hundred dollars, which is huge, and given the historical portfolio of Apple rollouts, it is unlikely that Apple will include with its phones an expensive accessory that it can sell explicitly. It is anyway not very profitable for the company to do it without any cost increases or without confronting the criticism of irrational pricing.

Moreover, Airpods have a separate sales stream that is doing well enough. They are extremely popular, which makes it all the more difficult for Apple to sell it for free. When customers are pleased shelling a hundred dollars buying them, why would Apple in its sane mind interrupt the revenue stream?

Till now, Apple included the firm’s fundamental wired EarPods that feature the Lightning connector device with the phones. These earphones cost Apple negligible manufacturing expense as it retails for a mere $29 on the website.

One reason why Apple can actually be seen doing this stunt is, Apple thinks that it is time to modernize its traditional selling and take an innovative approach to remarket its products. Bundling the world’s most popular earphones will definitely help the company take the lead in the market.

While we can only make wild guesses of the unprecedented, let’s continue making the most of our existing precious apple devices. 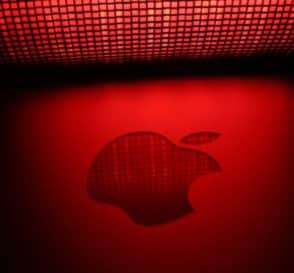 Apple has responded to European Parliament lawmakers seeking common charger for all mobile phones by saying that such a move would curb innovation. In a statement, Apple said, We believe regulation that forces conformity across the type of connector built …
Florence London|January 24, 2020|