Naver Corp, the reputed South Korean internet portal, which is also the parent company of the Japanese messaging app operator Line Corp, and SoftBank Group Corporation which is the parent company of the Japanese internet service provider, Yahoo Japan, have announced for a merger between Line and Yahoo Japan. The merger will form a consolidated Z Holdings Corporations, as announced by the two companies in a joint statement released on Monday. The merger compliances are expected to be completed by October 2020.

Line announced in the statement supporting this merger,

We decided to integrate our business with ZHD to provide new use experience in the cashless era and enter into new businesses based on different technologies. We are aiming for future grow by creating synergies and become a new artificial intelligence-based company that can compete with global platform operators.

Following the news of the merger, the shares of both Line and Yahoo Japan spiked drastically. Naver and SoftBank will co-own the new giant company Z Holdings, in a 50-50 joint venture, with Line and Yahoo Japan acting as fully owned subsidiaries. The decision of merger came, following the announcement of the cross-border deal between Korea and Japan to transform the existing combined business into a leading AI company to be at par with multinationals like Google Inc.

After the consolidation of Z holdings, SoftBank and Naver have decided to jointly launch a tender offer for Line and eventually invest an amount of 340 billion yen ($3.1 billion) in acquiring Line Corp privately. This move will delist Line’s shares and Line’s existing shareholders will be receiving 5,200 yen per share. 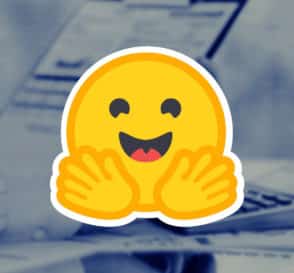 Hugging Face, a NewYork based startup that works in the field of Natural Language Processing (NLP), has raised $15 million in funding. The whole round of funding was led by Lux Capital in association with A.Capital, Betaworks, NBA star Kevin …
Michael King|December 23, 2019|