Hopper, the MCM prototype from NVIDIA, has become the newly registered trademark, as verified by Videocardz.

Confirming the rumor that has been doing the rounds for over a few weeks now, NVIDIA’s Hopper is all set to revolutionize the next-generation GPUs. NVIDIA Aerial, another code name, has also been registered at the same time.

These trademarks are appearing at the U.S. Patent and Trademark Office, is supposedly going to transform the GPU domain by mixing multiple cores as opposed to a single chip.

Nvidia Hopper, Can It Usher in a New GPU With MCM Technology?

It has the potential to enhance scalability, decrease expenses, to enable complex effects such as real-time ray-tracing, thereby possibly taking MCM-based design a step forward towards GPU evolution in a time when the reticle size of many EUV scanners is limiting us.

Since AMD, one of the most prominent leaders has already sufficiently proved its credibility in the CPU market by producing MCM based products, architectural developments, and MCM-design is naturally touted as the next logical frontier.

AMD had shifted to the multi-chip module (MCM) approach, much earlier, since Moor’s law was becoming obsolete. Now, NVIDIA is set to kick-start its next-gen design using a similar MCM approach. NVIDIA’s design is believed to suit GPUs over CPUs as they are more parallel. GPUs comprises several thousand cores, doing various calculations simultaneously as opposed to CPUs that can pack a dozen cores, function as single-threaded performance.

This chipset is designed to induce a latency of the graphics that will result in better production, larger GPUs at a lower expense.

This NVIDIA Hopper architecture derives its name from Grace Hopper, a computer science avant-garde. She was the inventor of one of the first linkers that popularized the idea of machine-independent programming languages, which gave birth to COBOL, a high-level language. One of the first Harvard Mark 1 programmers, Grace Hopper, is also known for her aid in the American war during World War II as she was enlisted in the Navy.

Aerial is a software development kit meant for 5G networks with GPU accelerators, which would enable NVIDIA to set foot into a brand new market of rapid communications. Though the launch date of the end products is not made public yet, NVIDIA Hopper might make its appearance around 2021. Right now, NVIDIA is focussed on the development of Ampere architecture that is slated to launch in 2020. 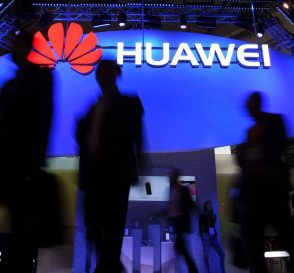