Huawei is geared up to launch its latest flagship Mate 30 Pro in the United Kingdom later this month on February 20, according to reports. Ahead of the launch, the smartphone witnessed major challenges that may include the trade war between two giant economies US and China. These challenges compelled Huawei to abandon the official version of Google that also includes the Play Store and Google’s official apps.

If the move to launch a smartphone remains successful in the UK, it will help in establishing a foundation for the Chinese multinational technology company for its yet to be launched smartphones namely P40 and P40 Pro in Europe. And, both the upcoming smartphones will also come without any Google services.

Reports state that Huawei will encourage the public to make use of third-party app stores instead of relying on the universal Play Store. It will also help in giving the company a big boost.

It is worth noting that Huawei’s Mate 30 Pro can be purchased exclusively from Carphone Warehouse at the cost of £899 along with a pair of FreeBuds 3 headphones and the 46mm Huawei Watch GT 2.

It is interesting to note that as of now, four manufacturers, namely Huawei, Xiaomi, Vivo, and Oppo, are planning to launch GDSA in March. However, there might be a slight delay as a result of the deadly coronavirus outbreak.

Meanwhile, Huawei has also invested considerably in its independent app store known as AppGallery. The company has invested $26 million to fund British and Irish app developers.  Apart from this, Huawei is also developing its own Android-based operating system known as HarmonyOS. However, the company has not yet shared much detail about HarmonyOS ever since it was announced.

Pre-registrations for the Huawei’s Mate 30 Pro has already begun on February 11th, and the device is expected to be shipped beginning from February 20th. 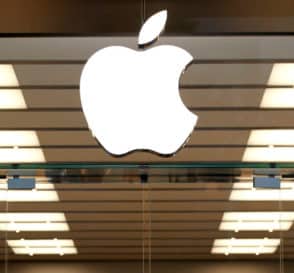 Apple has confirmed that it is officially laying off 190 employees in its self-driving car department. In a letter to the California Employment Development, the company said that it will have to let go of 190 members of the Project …
Margaret Johnson|March 1, 2019|