Home
Business News
Jet Airways likely to get funded of about 3,000 crore Rupees

The very own popular and domestic airlines circuit, Jet Airways in India is currently facing huge losses. According to the sources, Jet Airways is now likely to receive a fund infusion of worth at an approx of 3000 Crore Rupees, post debt rejig and investments by Etihad Airways as well as NIIF (National Investment and Infrastructure Fund) while Naresh Goyal, the founder, might remain the promoter with less than half of the existing majority stake of 51 percent. While the final contours of debt-restructuring and consequent changes are being worked out, a well-known analyst has said that Etihad Airways should come as the main driver for Jet Airways as lenders and shareholders would not be able to bring in much value addition.

Etihad Airways, an Abu Dhabi based Airlines which currently owns a 24 percent in the full-service carrier, is a business and strategic partner of Jet Airways. As sources said that, It is now expected to pump in around 14,000 crores in Rupees. On 14th of February, the board members of Jet Airways has approved a Bank Led Provisional Resolution Plan (BLPRP). However, the lenders would become the largest shareholders in the airline.

After receiving the approval from shareholders, during their meeting scheduled for 21st of February, as apart of debt would be converted into 11.4 crore rupee shares at a consideration of 1 Rupee apiece as per Reserve Bank of India (RBI) Norms. Moreover, On February 14 a regulatory filing was made, and appropriate interim credit facilities by domestic lenders would be sanctioned to the airline. They added that the government-backed NIIF, where Abu Dhabi Investment Authority is a key stakeholder, is likely to acquire a little over 19 percent stake in the ailing airline. They said that NIIF is likely to put in Rs 1,400 crore while lenders, led by the State Bank of India (SBI), are expected to convert debt into equity worth around Rs 600 crore.

Sources also said that Etihad’s proposed investments would hike its stake only marginally and that would not trigger the requirement for making an open offer for shareholders of Jet Airways under Sebi regulations. 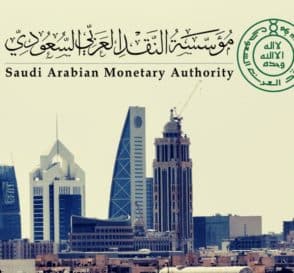