JP Morgan Chase, a leader in investment banking, financial services for consumers and small businesses, commercial banking, financial transaction processing, and asset management and an overall leading global financial services firm with assets of $2.6 trillion made a public announcement on February 14 about the launch of its cryptocurrency. It is a proud moment for the giant finance firm since this is the first time that a major Bank in the United States has ventured into the concept of digital assets being directly used in daily operations.

The announcement made by the US Bank has taken many by surprise as the CEO of JP Morgan Chase, Jamie Dimon had once made anti-Bitcoin remarks.

Mentioned below, are some views on the Bank’s new venture:

Umar Farooq, who is Head of Blockchain Initiatives of JP Morgan Chase & Co. is of the opinion that cross–border payments, especially for corporates and multinationals who are spread across the globe, which are generally carried out using wired transfer systems like SWIFT etc. and sometimes take a couple of days before the transaction is complete, will become more easier and faster with the help of the JPM Coin and transfers can be done at any point of time during the day.

The US Bank’s move will put immense pressure on SWIFT, which reportedly handles more than half of the World’s cross border transactions. However, as news has it, SWIFT has already begun looking into probabilities of entering into the blockchain platform.

Reports suggest that the new cryptocurrency will be used for secure transactions. A test check of the Quorum Blockchain platform was carried out in April, involving the National Bank of Canada and many other institutions. After the success of the test check, Reuters wrote that the trial “mirrored the Canadian bank’s $150 million offering on the same day of a one-year floating-rate Yankee certificate of deposit.” This has proved that the JPM Coin is undoubtedly a faster and efficient mode of settlement of payments.

Further, there are rumors that Honeywell International, Facebook, and some other leading corporates may employ the new cryptocurrency. Commenting about the US Bank’s $9 billion revenue earnings in 2018 Farooq commented, “Money sloshes back and forth all over the world in a large enterprise. Is there a way to ensure that a subsidiary can represent cash on the balance sheet without having actually to wire it to the unit? That way, they can consolidate their money and probably get better rates for it.”

Mr. Farooq confirmed that the trails of the token would be rolled out in a couple of months. According to a CNBC report, JP Morgan Chase enables transfers and cross border payments amounting to $6 trillion daily, making it the largest bank in the United States. Farooq stated “Pretty much every big corporation is our client, and most of the major banks in the world are too. Even if this was limited to JPM clients at the institutional level, it shouldn’t hold us back.”

An optimistic and firm believer of the coin, Farooq mentioned that the token in the future could be used for internet payments provided the devices were blockchain enabled. On a positive note he said, “So anything that currently exists in the world, as that moves onto the blockchain, this would be the payment leg for that transaction. The applications are frankly quite endless; anything, where you have a distributed ledger which involves corporations or institutions, can use this.” 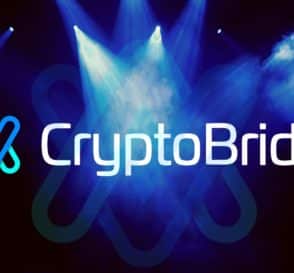 In a major announcement, decentralized exchange CryptoBridge has said that it plans to shut down its operations. The exchange has highlighted various reasons that also included a deficiency of funds for winding up operations.  It made the big announcement through …
Robert Brinson|December 2, 2019|