Over the past five years, financial technology or Fintech has become one of the most important industries, and the United Kingdom is currently regarded as one of the hotbeds for the industry. One of the companies that have gone on to become one of the world’s most successful Fintech companies in recent years is United Kingdom-based TransferWise. The company is involved in providing its users with a platform that helps them in sending money overseas. However, the competitive advantage enjoyed by TransferWise is that a user can send money overseas by paying a fee which is substantially lower than what is charged by leading money transfer companies.

That has propelled the company into becoming one of the few profit-making Fintech companies in the world and yesterday, TransferWise posted annual profits for the third straight year in a row. It is a remarkable achievement for the firm since the Fintech industry is filled with firms which have been unable to turn a profit for years. In fact, most firms have even found it difficult to actually break even. In its latest annual report for the year ended March 2019, the company posted revenues of £179 million and net profits of £10.3 million. The profits have soared by as much as 66% year on year, while the revenues grew by 53% during the same period.
In order to help crypto startups, Massachusetts Fintech Group has come forward to help such firms comply with the laws.

At this point in time, the company is valued at $3.5 billion and is backed by high profile investors like Peter Thiel and Richard Branson. Kristo Kaarmann, who is a co-founder of the company, spoke about the company’s performance and profitability. He said,

TransferWise is one of the few unicorns in the Fintech industry. However, what makes it unique is the fact that it is now consistently profitable and the same cannot be said about many other companies which have managed to touch the $1 billion valuations. The company’s customer base has grown at a remarkable pace, and currently, it boasts of as many as 6 million customers globally. Every month the company processes transaction worth £4 billion and this steady growth in volumes has also led to the profitability. 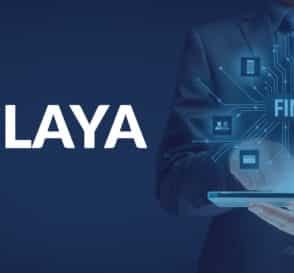 In a new development, Ivory Coasts’ Fintech startup Julaya has managed to raise as much as $550,000 in its latest funding round. The funding round was led by angel investors from France. Julaya is involved in providing digital financial services …
Margaret Johnson|December 30, 2019|