The interference by the government has started undermining the integrity of the country’s statistics apparatus according to one of the former heads of India’s apex statistical body. This has raised questions about how reliable the data is from the country that is all set to the world’s fifth largest economy.

According to P.C. Mohanan, the questions raised about the National Statistical Commission’s work by a think tank, withholding a jobs report as well as a dearth of enough statisticians have taken a toll on the organization. Mohanan along with another colleague, resigned last month in protest.

In a telephone interview, Mohanan said that he never felt any pressure from the Indian government. Nobody raised questions even when the economic reforms in the early 1990s resulted in increased poverty figures.  The spokesmen for the statistic military and the think tank did not respond to separate emails looking for comments. Mohanan’s comments have placed focus on the risk faced by the autonomy of institutions under the current Indian government. It also reduces the reliability of the data, which have already put through a substantial revision in recent times.

Fastest economic growth at 8.2 percent was seen when Prime Minister Narendra Modi banned about 86 percent of the Indian currency.  According to Mohanan, the magnitude is a major issue. When the revisions are large, it causes an issue for the investors as well as the government as plenty of calculations uses these GDP numbers.

The latest assessment of the country’s economy is due this Thursday. The Indian government will release data for the previous October- December quarter. Economists have forecast growth to slow down from 7.1 percent to 6.7 percent in the previous quarter.  Other than the sharp changes made to the GDP data, Mohanan has raised concerns about why the reports which show the government in a poor light are being withheld.

In the past years, the Ministry of Statistics seems to be not too serious about the commission according to Mohanan. One of the reports that were approved has not even been released.

The jobs data report showing the highest jobless rates in the country in the last 45 years was leaked and reported by a local newspaper. However, the government rejected the leaked data as they are not final, according to Rajiv Kumar, NITI Aayog Vice Chairman. 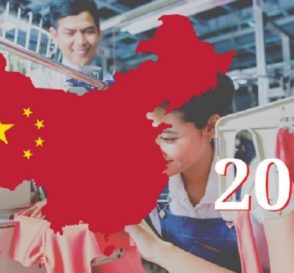 China is witnessing a sharp growth in its online B2B sector, and if everything falls in the right place, it is expected to reach a whopping US$350 by the year 2024, according to a recent study conducted by Bain & …
Robert Brinson|January 23, 2020|