Robert Lighthizer, U.S. Trade Representative and Steven Mnuchin, U.S. Treasury Secretary are in Beijing this week as the American and Chinese negotiators try to finalize a trade deal to ease the ongoing trade war and avoid an increase in U.S. tariffs on Chinese goods from the March 2 deadline.

The world’s two largest economies have been deadlocked in a tariff battle that has been ongoing for months as Washington pressures Beijing to address longtime concerns regarding Chinese practices and policies in relation to industrial subsidies, intellectual property rights protections and market access.  Trump administration demanded changes to China’s economic model that will allow the U.S. companies to be able to compete on the same footing. Washington also demanded to end policies that forced U.S. companies to shift their technologies. Trump administration is working to secure intellectual property rights for U.S. companies.

China is working hard to upgrade its industrial base in at least ten strategic sectors within the next 5 years, including robotics, aerospace, artificial intelligence, semiconductors, and new energy vehicles. U.S. officials make it clear that they do not have an issue with China climbing up the technology ladder, but they want to make sure it happens without using unfairly obtained or stolen know-how from U.S. companies.

China views the U.S. government’s demand for a change in policy as a way of thwarting the country’s rise in the global economy to a dominant position. Chinese officials deny that the country coercers requires technology transfers, saying that such sanctions are commercial transactions occurring between Chinese and American firms. At the same time, the Chinese government is trying to make a deal with the U.S. President to lower tariffs on Chinese goods and thereby reduce the trade imbalance between the two countries. Beijing has opened up to more imports and also lowered tariffs on imported cars.

Trump imposed tariffs on imported goods from China worth over $250 billion, as well as 25 percent duty on semiconductors, machinery and other technology related products worth $50 billion. So far, the U.S. President has spared consumer goods like computers, cellphones, footwear and clothing from tariffs. However, if a deal is not finalized by March 2, the U.S. government is scheduled to raise tariff from 10 percent to 25 percent.

China retaliated by imposing 25 percent import tariff on U.S. goods worth $50 billion. China suspended tariffs on autos made in the U.S. and also resumed purchases of U.S. soybeans. 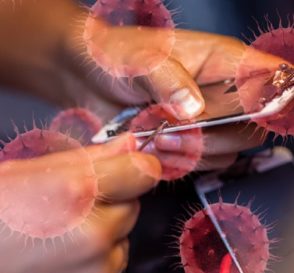 Coronavirus, the recent terror outbreak in China, has led the entire world in fear. The world economy is hugely shaken due to this virus outbreak which has already killed hundreds of lives in China. The saddest truth is that till …
George Hicks|January 31, 2020|