This week started with an important announcement from the US government, which left the people somewhat dumbstruck. The US Government announced on Monday that it is going to impose up to 100% import duties on French products like French Champagne, cheese, handbags, etc.

The US government decided to undertake this move to combat the new digital service tax of France that may cause serious damage to the US-based tech companies. By imposing this import duty, the US is actually trying to hit some of the big business of France like L’Oréal Cosmetics and luxury goods producer, LVMH. According to the US Trade Representatives, “the French tax was inconsistent with prevailing principles of international tax policy and is unusually burdensome for affected U.S. companies,” which includes companies like Alphabet Inc’s Google, Apple Inc, Facebook Inc, and Amazon.com Inc to name a few.

However, the US government has not yet revealed the exact date from which the import duties will start to apply. The US government also assured to take the public votes before implementing the new import duties on the French products. The public forum will be opened till January 14, where there will be an open forum for the public to share their views and comments regarding the new tax structures. The public hearing will be held on January 7.

However, the imposition of a 100% tariff on French products did not come easily and the US government had to surpass several challenges and hurdles before the law actually passed. There were months of negotiations over the digital tax rules between Bruno Le Maire, the French Prime Minister and Steven Mnuchin, the US Treasury Secretary. Following this negotiation, at the G7 summit held in France in August, both the ministries settled to the fact that the US tech firms would be refunded, whatever amount that comes after the levy of French tax and the new tax mechanisms through Economic Cooperation and Development. However, this deal never got any acknowledgment from the US ministry and therefore, the deal stood void.

After France, the US has decided to start investigations about the prevailing tax infrastructures of Italy, Austria, and Turkey to see whether their tax systems cause harm to the US tech companies. 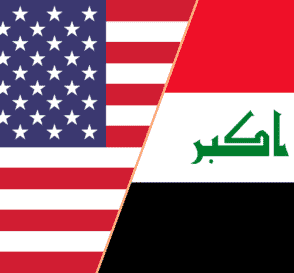