On Sunday, Kabul fell to the Taliban, and on Monday, President Joe Biden addressed the nation on the recent developments. Biden spoke about the primary goal of the USA in Afghanistan. He claimed that the primary motive for sending American combat forces to Afghanistan was to capture Osama Bin Laden. He clarified that ‘nation-building’ was never the agenda of Americans in Afghanistan.

Biden further said he believes that the present crisis in Afghanistan is completely a failure of the Afghan government. He pushed the blame onto Afghanistan’s political leadership by claiming that the US government had given them complete scope to decide on the future, but it had failed to execute the task. He attacked Ghani and Abdullah Abdullah for failing to negotiate with the Taliban and bringing the country to the brink of complete chaos.

Biden ended his speech by mentioning that it was not possible for American forces to provide the Afghan leaders with the will to fight. Biden said that he will not repeat the mistakes of past administrations (like the Vietnam crisis) and will no longer engage in a pointlessly long war.

Biden had to send some forces to withdraw US diplomats and civilians trapped in Afghanistan. They also extracted some Afghan citizens who had worked with the US government and were liable to face reprisals from the Taliban. But Biden has made a clear statement that the Taliban will face severe repercussions if they try to interfere with the withdrawal of American forces.

The entire world is now looking at the Afghanistan situation as the Taliban begins to establish its control over the state. Biden had suggested in his initial announcement for withdrawal of US troops that the Taliban takeover of Afghanistan was not inevitable. But now, as the entire population of Afghanistan is scrambling to escape the Taliban regime, many international forums are questioning Biden’s decision.

The long-term repercussions of the Afghanistan decision on Biden’s presidency are not yet clear, but the hysteria and suffering of the ordinary people of Afghanistan have brought in a wave of sympathy and compassion from all over the world. 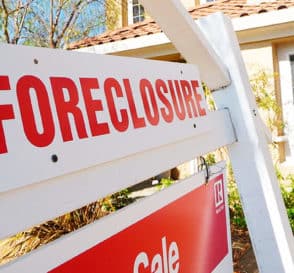 The U.S. Department of Agriculture raised concerns about a decline in farmland real estate prices.  Farmland prices are considered to be a key pillar of equity for the United States agricultural heartland.  It has been suffering recently due to weakening …
Wayne Clark|February 23, 2019|