The US state, Washington, is acquiring some aggressive rules for overtime. The nation is improving the rules for thousands of salaried workers and reconstructing the middle class.

At the Southcenter mall in Tukwila, the co-manager of a sports apparel store, Victor Duran said that he is earning $52,000 in a year and does not get money for his overtime. It is necessary to work for at least 45 hours per week and 60 hours during holidays. Now, the new overtime rules in Washington will provide benefits to Duran and other employees. Now, a worker can freely ask for the money when he works for more than 40 hours per week.

A worker will get money for his overtime unless they are professionals with higher degrees like managers, executives, etc. The professionals are hired and fired by their ability and direct work of the other people to make relevant business decisions.

According to new rules, many jobs will be affected by shift managers at restaurants, office managers, retail establishments, medical workers, etc. The governor of Washington, Jay Inslee, said that it is essential to ensure shares of the middle class in the prosperity of the state. He continued that the workers will get ensured by overtime protection rules that they are compensated for working 40 hours per week or more.

Many decades ago, two-thirds of the salaried workers were well protected by overtime rules. But after the 1970s recession, the law-making authorities stopped updating it, and Washington got stuck at $13,000 since that year.

There is a rise in the salaries of people with inflation that they found no eligibility for overtime. Many businesses changed hourly-paid workers to salaried employees and avoided hiring new staff or paying overtime.

In some cases, workers have been considered as managers with the same duties as hourly workers. There are 7% of salaried workers across the country who are eligible for overtime.

The State Policy Program Director, Paul Sonn, said that many federal governments and states like New York, California, Michigan, Massachusetts, Pennsylvania, and Colorado, etc., are taking an initiative to update the overtime rules. But, none of the states have accepted the target threshold as much as Washington.

Trump administration adopted the rules and raised the threshold to protect workers who are earning $35,308 every year, which is less as compared to the Obama administration.

The Seattle venture capitalist, Nick Hanauer, said that the rule is for labor protection for middle-class people. According to Washington’s business groups, it is required to update the regulations, but they criticized the plans drastically. The Association of Washington Business gave warning to the businesses that the proposed rules that will be released in June will shock many businesses and can affect non-profits. There is a possibility that salaried workers will be converted to hourly workers to reduce scheduling flexibility.

By 2028, there are chances of increasing the threshold 2.5 times more than the minimum wage, i.e., $83,400. The department will provide overtime protections for 260,000 workers and 235,000 workers. All the affected workers will be able for sick leave and retaliation products.

Joel Sacks, the Director of Labor and Industries, presented an example of one worker who was working as a shift manager who earns $40,000 per year and has to work for 60 hours a week. According to the new rules, the worker will be paid for overtime hours, or the business needs to hire additional staff. 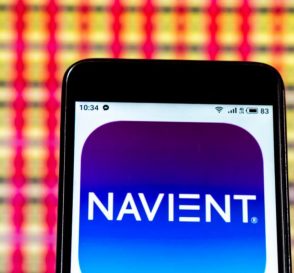 Navient, the very own popular firm of United States that provides loans to students has rejected a 3.2 billion dollar takeover bid from two investors as it believes the offer undervalues the company. On Monday the board members of Navient …
George Hicks|February 20, 2019|