Things have never been quiet in the Middle-East, specifically in the western part. A large chunk of credit goes to the interference by the so-called big nations. But, things have taken an ugly turn as the United States bombed Iranian Military Commander Qassem Soleimani and assassinated him on the spot. Iran’s political, as well as its military leadership, has taken cognizance of this and confirmed retaliation within hours of the U.S. bombing.

The U.S. President Donald Trump, however, has said without mincing words that he has 52 Iranian targets that may be bombed if Iran even considers of retaliation. As far as Trump’s tweet goes, those 52 targets include Iran’s most important cultural sites as well.

Iran’s president, Hassan Rouhani, has warned the U.S. against Iranian long and drawn out responses. He also compared the assassination of Soleimani with the U.S. led coup of 1953. It should be noted that the dead Military Commander, Soleimani was one of the most important figures in the major part of the Middle-East through the Revolutionary Guard’s Quds Force.

Major General Hossein Salami, the chief of Iran’s Revolutionary Guard, said that Iran would look for strategic revenge that would lead to the end of America’s presence in the Middle-east. As per Salami, the assassination of Soleimani has helped the whole Islamic brotherhood to channel new energy against the U.S.

Another top Army Commander of Iran’s military, Abdolrahim Mousavi, said if the U.S. would ever dare to confront the Islamic Republic again, “then they would know where these figures of five and two belong to.”

As far as the American version goes, the drone attack on Qassem Soleimani was aimed at the safety of American troops, as they had imminent danger from the Qassem Soleimani’s order. The United States has also convinced its entire major allies that it aims for no escalation of this matter in any direction.

The relationship between Iran and the U.S. made a paradigm shift when the later decided to withdrew it from the nuclear accord signed in 2008 and imposed heavy financial sanctions that almost destroyed the Iranian economy. Despite the withdrawal from the United States, other signatories of the accord- the EU, France, UK, and Germany are still party to the accord. However, confirming the American apprehensions, Iran has recently increased its nuclear activity that may lead to further International attention.

Dominic Raab, the UK foreign secretary, recently defended the American strike stating it as self-defense. Numerous nations are anticipating the fresh escalation of this conflict that may lead to a war-like situation between the two nations. There also have been criticisms by some Democrats that Trump had ordered the drone attack as he is going for re-election in November this year.

President Trump had recently reinstated as many as 3500 extra military personnel in the Middle-East region after an American contractor was killed in a rocket attack in Iraq allegedly done by Iran.

The drone attack is likely to have a huge impact on the whole region and elsewhere as well. As Iran is currently in turmoil, its oil export is going to be affected. Importing nations like India and China are the ones to be affected significantly.

The second threat lies in the nuclear prowess of Iran. Iran’s nuclear capability is yet to be known to the world and there have been some recent reports that Iran may be testing its nuclear-capable cruise missiles anytime soon. If this one turns out to be true, the devastation would be long-standing and immense.

When a war happens on this scale, no one remains safe. The whole international community should push the two nations away from escalating further. The geopolitical history of the World has witnessed mass devastation in the form of World Wars and it should not aim for any such misfortunate incidents further. 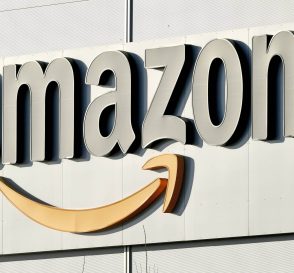 ns guaranteed to what is as of now, one of the world’s most dominant organizations. “We are baffled to have achieved this conclusion — we cherish New York,” the online giant from Seattle said in a blog declaring its withdrawal. …
Florence London|February 17, 2019|