Recently, the United States has deported a 64-year old Nigerian, Babatunde Martins, who was residing in Ghana. He was deported to give answers in the trial for cybercrimes and identity theft.

The federal grand jury in the US District Court for the Western District of Tennessee put Martins on trial for many charges like wire fraud, identity theft, conspiracy to perform money laundering.

The US Department of Justice claimed that Martins with other African conspirators hacked into the email systems and servers of the real estate company of Memphis, Tennessee, in June and July 2016. All the conspirators, including Martins, sent fake emails to the relevant business parties and moved money to the final African destinations.

The indictment was committed on August 23, 2017, but Martins did not appear in the initial trial in the West Tennessee court until December 9, 2019. The Department of Justice declared that Martins is involved in many scams like romance, fake check, gold-buying, credit card, and advance-fee scams. It is observed that all the money in scams was transferred from the US to various locations in Africa.  Five more people were involved in this scam, and they are pleaded guilty. In March, two people, Olufalojimi Abegunde and Javier Luis Ramos-Alonso, were declared guilty after one week of the lawsuit in the US District Court for the Western District of Tennessee. Abegunde got a 78-month, and Ramos-Alonso got a 31-month sentence for their crimes. 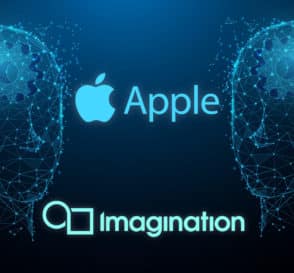 The United Kingdom-based chip designing company Imagination Technologies Group Plc announced that it has entered into a licensing agreement with Apple. It is a significant development for imagination, considering the fact that its relationship with Apple had collapsed a few …
Michael King|January 2, 2020|