Home
USA
S.Korea and US to Stage Joint Military Exercises for Denuclearization of Korean Peninsula

South Korea’s defense ministry said that South Korea and the US would adjust their joint military exercises in a manner that would help in the denuclearization of the Korean peninsula.

We’ve maintained our stance that combined exercises with the US shall be adjusted in close coordination between the two sides in order to support diplomatic efforts for the denuclearization.

North Korea had been critical of the joint exercises between the South Korean and US militaries and alleged that they were planning to invade it. To assuage its fears, South Korea and the US had either canceled or scaled down their joint military drills since 2018 after North Korea began diplomatic relations with them.

Specifically, North and the US have chosen to stop their large-scale springtime Key Resolve and Foal Eagle joint military exercises. Instead, the two armies held a modified command called Dong Maeng.

After the talks stalled, North Korea again began resorting to nuclear blackmail. It warned about resuming nuclear and long-range missile testing, the development of a new strategic weapon, and taking actual massive action.

Indicating that it would not bow down to such pressure tactics, South Korea has kept the door open on resuming massive springtime military exercise with the US. 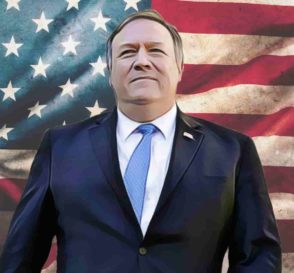 In a bid to increase the pay of over 28000 American troops posted in South Korea, US Secretary of State Mike Pompeo and Defense Secretary Mark Esper have made a strong appeal to the country. The appeal was made on …
Wayne Clark|January 17, 2020|