The U.S. Department of Agriculture raised concerns about a decline in farmland real estate prices.  Farmland prices are considered to be a key pillar of equity for the United States agricultural heartland.  It has been suffering recently due to weakening commodity prices and loss of key export markets like China due to the ongoing trade war.

According to Robert Johansson, USDA chief economist, a considerable price drop in farmland real estate prices is worth being concerned over. Land prices have been able to stay consistent and withstand pressures on farm income in the past five years.  U.S. farmers are a key constituency for Trump. However, they are the ones who have borne the brunt of the bitter trade war Trump initiated with China.

According to USDA data, China-bound exports have dropped more than ninety percent in the 2018-2019 crop year. China also dropped down to the fifth position in U.S. farm market exports from the top position in 2017.  This has increased farm bankruptcies, but no corresponding dip in land prices as of yet.

Johansson said that high-quality farmland still commands high prices. According to him, some states have witnessed an increase in farm bankruptcies while other states have seen a decrease.  Although the federal government does not keep track of large scale farm bankruptcies, the USDA does.

As per federal data, Chapter 12 filings have reached a peak point in the last decade in the Great Plains and U.S. Midwest states. These areas that are home to livestock, commodity grains, and oilseeds producers have been adversely affected by the ongoing trade conflicts.

The USDA maintained that the number of Chapter 12 filings remained well below the 1980 data when the farm crisis took place and resulted in thousands of farms financially collapsing once the producers fell behind on equipment and high-interest land loans. However, this time the steady land prices have helped farmers’ debt to asset ratios to stay steady as well.  Even though farmland real estate prices remain stable, rising stress in the farm sector could place downward pressure on the farmland prices according to the bankers. Johansson said that problems would arise if land prices start falling. However, the prices have not started dropping yet.

The top Chinese and U.S. trade negotiators were haggling over the details of the set agreements on Thursday to put an end to the trade war before the imposed deadline on March 1st. 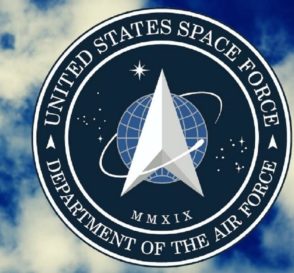 US President Donald Trump has revealed the latest Space Force logo on Friday that appears to bear strong resemblance with the Star Trek’s Starfleet Starship duty insignia. And, fans of Star Trek pointed it out immediately. Trump took to his …
George Hicks|January 25, 2020|