In a big move, China has decided to slash tariffs on $75 billion of US imports by half as early as next week. The announcement is likely to improve relations between the two giant economies as the two governments had locked horn over several trade-related practices.

According to a statement, the Chinese finance ministry has said that a 10 percent tariff on a few US goods will be brought down to 5 percent. Meanwhile, levies on some goods will be reduced from 5 percent to 2.5 percent beginning February 14.

The decision to slash tariff and levies’ rate has been taken to boost trade and economic relations between the two countries.

Earlier on Saturday, the ministry decided to suspend tariffs against a few US imports that might be utilized to cure victims affected by a coronavirus. However, there was no mention of the epidemic in the finance ministry’s statement.

USA and China were engaged in a brutal trade war and the high tariffs were imposed between September 2019 and December 2019 as a result of that severe trade fight between the two largest economies of the world.

The cut in the tariffs has come in the wake of the surging apprehensions about Beijing’s capacity to follow through on the phase-one trade agreement. In that agreement, China had vowed to enhance its purchase of US merchandise and services by nearly $200 billion in the coming two years.

Meanwhile, China is currently grappling with the coronavirus outbreak that started in the country in January 2020 and has already spread to various other countries. The epidemic is likely to hamper economic activity in China. China has also taken several precautionary measures that may include the lockdown of Wuhan, the epicenter of the virus, to control the further spread of the disease.

Earlier, many leading economists and analysts had raised their doubts on Beijing’s capacity to fulfill the agreement’s purchase target that may include products like Soyabean, oil, gas, poultry, manufacturing goods. Now amid the worsening health crisis due to coronavirus outbreak, Beijing may find it even more difficult to fulfill its pledge. 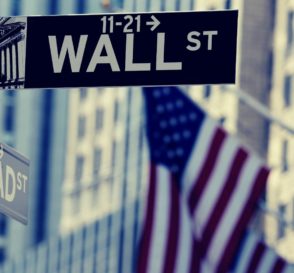 Wall Street bounced back on Wednesday with full enthusiasm as investors got to see a positive ray of hope from Donald Trump’s statement that discussion with China on an interim trade pact was going “very well.” President Trump, while speaking …
Robert Brinson|December 5, 2019|