Following India’s assertion on decreasing the pricing caps over medical equipment, New Delhi and Washington are working over a possible deal. The United States might later agree on restoring the exception to some extent that enabled duty-free exports up to 2000 products last year. This was reported by one of the officials participating in the matter.

Although the Ministry of External Affairs India refused to say anything regarding the deal. It did not respond to the email that asked for clarification. White House cited the queries to the office of Trade Representative of US, following which no immediate response was reported after the comment.

After the first phase of the trade deal with China, this deal with India would let Trump bag another opportunity for policy success through the election year. The deal would also help the Indian economy that looks sluggish lately, struggling with finances. It is expected to rise at least 5% in March this year, which is, however, the slowest pace recorded in the last decade.

If the agreement is made for Trump, this is another win on his trade agenda. After successfully completing the USMCA, a phase one deal with China, and now possibly with India, it’s a very potent message for a president who has made trade a central part of his agenda,

Lighthizer will visit a while after the annual budget of India is announced on February 1st. In the announcement, Nirmala Sitharaman, the finance minister, is anticipated to declare some measures to provide a push to the slow economy.

India earlier shocked its trade partners from Asia in November when it relinquished the trade agreement backed by China in the light of national interest. The country is still facing pressure from countries in the RCEP or Regional Comprehensive Economic Partnership, particularly Japan, to reevaluate its position.

New Delhi confronts tougher deals after Japan as well as certain ASEAN members kept joining of India in RCEP as a precondition to provoke bilateral trade discussion, said one of the informants. The government of India is anticipating an agreement negotiation featuring bilateral free trade with the US while the Trump visits India, according to the news report.

India’s strategy of deal renegotiation of bilateral trades with nations like Japan and the Association of Southeast Asian Nations or ASEAN members has also reached a halt.

“It is a confidence-building measure but unlikely to lead to a larger FTA,” according to berry Bery. He said that “despite the rhetoric from both sides I don’t believe it will be a big deal at all.” 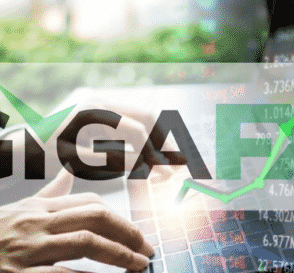 GigaFX is one of the reputed online brokerage firms. Due to its great services, the firm has gained great popularity among traders. As the trend of trading is rising continuously, the need for a reliable trading platform is much felt, …
Robert Brinson|August 21, 2019|