Home
Trade
US Not Likely to Remove All Tariffs After Phase-2 Trade Deal With China, Says Mnuchin

In what appears to be easing tensions between the two largest global economies China and the US, a phase-2 trade deal, also known as phase “2A,” may witness the removal of some tariffs but not all, according to reports. Earlier this month, the US and China formally inked phase one of the trade deal.

The US may decide to retain tariffs on several thousand of imports from China, revealed US Treasury Secretary Steven Mnuchin.

Mnuchin claimed that the US might go for 2A and the country can do it successively along the way.

Meanwhile, the US Treasury Secretary also cautioned that countries like Britain and Italy might have to deal with US tariffs in case they go ahead with a tax on digital giants such as Facebook and Google. The warning of Mnuchin to Italy and Britain came soon after France opted out and vowed with the US to evade a trade war by the end of 2020.

Recently, after months of tension, the US and China decided to soften their stand and inked the phase-one agreement and paved the way for the next round of trade negotiations. It included reducing rates on the part of Chinese tariffs but left them on approximately $360 billion Chinese products.

Mnuchin’s statement on phase-2 trade deal came soon after US President Donald Trump stated that all the tariffs would be lifted if the phase-2 deal is completed. Trump said that

I will agree to take those tariffs off, if we are able to do phase two … I’m leaving them on, because otherwise we have no cards to negotiate with.

US Trade Representative Robert Lighthizer said both the countries did not arrive at any agreement regarding the rollback of existing tariffs.

In the phase-one trade deal, China has agreed to buy more US products. 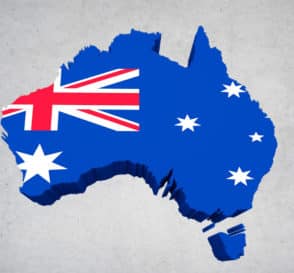 As per the latest reports, the beef farmers of Australia will obtain a whopping sum of 3.73 million dollars as support from the government to assess if their land management practices are sustainable. The farmers’ practices will be assessed against …
George Hicks|December 9, 2019|