China is witnessing a sharp growth in its online B2B sector, and if everything falls in the right place, it is expected to reach a whopping US$350 by the year 2024, according to a recent study conducted by Bain & Co. The study claimed that the industry is rising at a gradual pace of 30 percent every year.

Bain & Co conducted the study in partnership with leading e-commerce giant Alibaba Group Holdings. The factors that led to this sharp rise in the B2B industry in China include the rising trend of digitization by the country’s manufacturers in the previous 5 years’ tenure.

China has left no stone unturned to withstand the sharp economic growth amid several trade issues that the country is going through.

According to a report, the specialized B2B marketplaces have already taken over in China. The country has emerged as one of the largest e-commerce markets all across the globe. Giants like Alibaba and Tencent are great success stories when it comes to generalized e-commerce outlets. A large number of Chinese startups came into existence in the last 5 years and managed to solve the disintegration issues that plagued B2B industries.

Chinese economy’s foundation underwent a big change and now it has transformed into one that relies on technology significantly. It may include major data analysis, blockchain, and artificial intelligence, also known as AI.

As China has begun to realize the huge potential of going digital, the country has started to encourage leading service providers and manufacturers to incorporate the latest technology into their operations.

It is worth noting that China has also started to cheer several R&D efforts. It can be seen by the fact that earlier this month in 2020, the Hangzhou Municipal Government made a big declaration of pumping US$4.3 million into those projects that intend to boost AI.

It may include the expansion of computing hardware, open AI platform, operating systems, and core algorithms, among others.

Now China holds a dominant position in the e-commerce sector and specifically in the B2C businesses. It has witnessed huge growth, as many companies now lay strong emphasis on serving a huge customer base in the last 20 years. 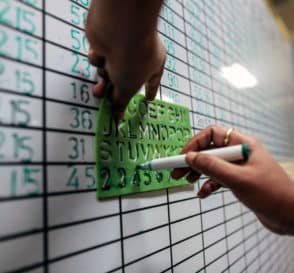 The interference by the government has started undermining the integrity of the country’s statistics apparatus according to one of the former heads of India’s apex statistical body. This has raised questions about how reliable the data is from the country …
George Hicks|February 26, 2019|