Today, we have signed an MoU with Flipkart. It aims to directly sell products made by self-help groups through e-commerce portals.

He further revealed that the government might sign an agreement with Amazon on 7 January for the same purpose.

About 44 lakh women are associated with women self-help groups under the DAY-NULM.

Mishra said that 12 lakh people have been given training in different skills in the last five years under the mission. This will be helpful in getting a job as well as for starting their business.

Around 5.06 lakh people have been provided funds by the government and are self-employed.

Under the DAY-NULM scheme, shelters were erected for 1 lakh people and 12 lakh street vendors were identified.

The government was planning to set-up City Livelihood Centre in all cities where people could avail services of plumbers, electricians, mechanics, etc.

The government believes that the demand for plumbers will increase across the country following the launch of its Jal Jeevan Mission and Atal Mission for Rejuvenation and Urban Transformation (AMRUT). Accordingly, it has signed an MoU with the Plumbing Council of India to launch training programs for plumbing. 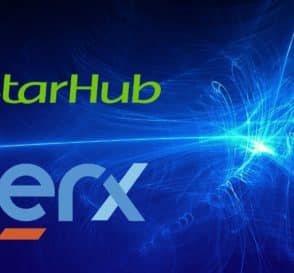 Singapore-based telecom company StarHub has partnered with startup venture Perx Technologies, to start its novel digital loyalty program wherein they have started personalized promotion programs for their customers. According to officials of Perx, the partnership has led to the innovative …
Robert Brinson|November 27, 2019|