Canada based TELUS Corporation, which is best known for customer service innovation through a range of related products, announced that it had reached an agreement to acquire Competence Call Center (CCC). The acquisition is going to be made by TELUS International, one of TELUS’s units.

The deal is going to be worth C$1.3 billion and will be made up of both debts as well as equity. CCC is a privately owned company that is well known for its work in the customer service industry and is primarily focused on content moderation and customer relationship management.

President and CEO of TELUS, Darren Entwistle, spoke about the acquisition. He said, “Today’s announcement adds significant scale and diversity to TELUS International – an important and differentiated growth driver for TELUS – and increases substantially the organization’s estimated enterprise value to approximately C$5 billion.” He went on to add that this acquisition will further improve TELUS’s capabilities as a major player in the global customer service space. It helps TELUS to continue to grow into one of the leading companies in its industry.

The merger is a significant development for TELUS, and Entwistle mapped that out as well. He said that after the merger is completed, TELUS is going to boast of as many as 50,000 highly skilled customer service professionals. He added that the company’s services would span “customer experience, digital transformation, content moderation, IT lifecycle, advisory and digital consulting, risk management, and back-office support in over 50 languages from more than 50 delivery centers in 20 countries across North and Central America, Europe and Asia.”

The acquisition of CCC also marks a major push for TELUS into the lucrative European market. The company has more than 8500 employees and provides its highly specialized services in as many as 11 countries in Europe. The acquisition is not only going to help TELUS in scaling up its business considerably but also allow the company to differentiate in a big way.

CCC’s CEO, Christian Legat, was optimistic about this deal. He said, “We share the TELUS International team’s passionate commitment to putting customers first and are looking forward to coming together as one organization to amplify the power, reach and performance of our combined capabilities for the benefit of our clients and our teams.”

The deal is going to be financed by non-recourse credit facilities of TELUS International, equity from TELUS Corporation, and Baring Private Equity Asia. TELUS Corporation is going to contribute C$165 million worth of equity, while Baring is going to contribute C$90 million towards this deal. If the acquisition is completed, then TELUS Corporation will have a 62% holding in TELUS International. That being said, regulatory approvals are needed, and assorted closing conditions will need to be met before the deal can be closed. It is expected that the deal could be concluded at some point in the first quarter of 2020. 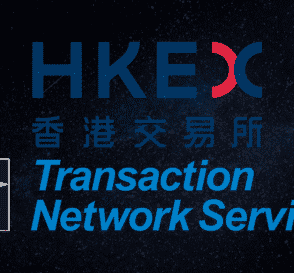 Transaction Network Services or TNS, the leading payments and tele sector firm of the United States, has partnered with Hong Kong Exchanges and Clearing (HKEX) through an agreement. The collaboration aims to foster local as well as global low-latency connectivity …
Florence London|October 21, 2019|