The murder of Saudi Arabian journalist Jamal Khashoggi in the Saudi embassy in Turkey had led to widespread condemnation of the oil-rich Gulf state, and more alarmingly, it had caused many businesses to decide against investing in the country. However, businesses can only stay away from lucrative projects from only so long, and now some of the biggest corporations in the world are returning to Saudi Arabia. In a new development, movie theater chain owner AMC Entertainment Holdings has announced that it plans to go through with its long-planned expansion into Saudi Arabia. Cinemas and theaters were not allowed in the country in the past but that market has now been liberalised, and it presents a huge opportunity for such big-ticket companies like AMC Theaters.

The Chief Executive Officer of AMC Entertainment, Adam Aron stated that the company did have its doubts about an investment in Saudi Arabia but eventually decided to go through with their plans. Aron said that while the company did think whether it would be right to invest in Saudi Arabia after such a grisly affair, the company eventually decided that investment in this venture will have a positive impact on the people of the country. He said, “It certainly made us think in great depth. What we concluded at AMC is that if we continued with the opening of theaters in the Middle East, that we were doing something very good for the people of the country.”

AMC Theaters operate the biggest chain of movie theaters in the world, and their investment in Saudi Arabia opens up a lucrative opportunity. After all, theatres have never been a part of the Saudi society, and the opening up of new theatres across the country is almost certain to see a huge footfall of people, who might be going to a theatre for the first time. Therein lies the huge opportunity for the company and it is believed that the company is going to open dozens of theaters across Saudi Arabia. AMC Theaters will be partnering with the Public Investment Fund, the sovereign wealth fund of Saudi Arabia, in this venture. According to the head of the National Association of Theaters Owners, AMC Theatres are not the only theater chain that is going to invest in Saudi Arabia. Three other American movie theatre chains are also considering plans to expand into the Gulf country. 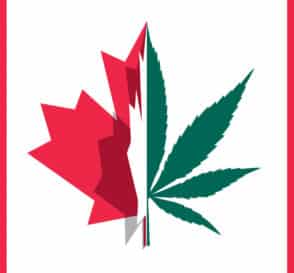 The Danish firm NNE has been a bit of a pioneer in the European cannabis space. The company was established less than a year ago as a consultancy that helps cannabis firms with the production and distribution of cannabis. The …
Margaret Johnson|October 15, 2019|