As far as the United Kingdom’s businesses are concerned, they have had a hard time over the past few months as performances and consumer spending have both taken a dive. However, the drop in consumer spending has probably had the most profound effect on the retail industry and according to data released earlier this month; people have cut down significantly on their spending at high street retailers. That being said, there remain some exceptions and one of them is JD Sports, which has defied the trend and gone on to post scintillating results for the 2018-19 (until the 2nd of February). However, according to the executive chairman of the company, it is their strategy to cater to the needs of the younger generation of customers that has propelled the stupendous performance and helped it in posting such strong numbers.

JD Sports, which is primarily into sportswear, posted profits before taxes of £339.9 million and that reflects an incredible jump of 15.4% from one year to the next. In addition to that, it posted an even bigger jump in revenue with a rise of 49.2% and posted £4.7 billion in revenue for the period in question. Speaking to the BBC, the executive chairman of JD Sports Peter Cowgill stated that the company’s bigger focus on millennials has proven to be most effective. He said, “The business has stayed very much in tune with the millennials and Generation Z. This is in terms of providing customer experience and customer focus.”

On top of that, it is also very important to point out that in addition to the fresh focus on younger consumers; JD Sports has also expanded aggressively in some of the key regions like the United States, Asia and the European mainland in a big way. According to reports, the company opened up as many as 39 new stores in Europe alone during this period and that goes to show that the expansionist approach to business has also proved to be a masterstroke for them. In addition to that, JD Sports also acquired the American lifestyle footwear company Finish Line and the executive chairman believes that this acquisition will prove to be a major factor in maintaining the company’s profit levels in the years to come. However, Cowgill did not rule out more innovation and acquisition in the future. He stated, “We are pleased with the continued underlying positive performance of the group and are excited by the major developments ahead.” 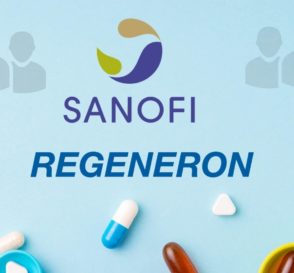 New York-based Regeneron Pharmaceuticals Ltd. has announced that it will be releasing some staff as part of the restructuring of its partnership with French pharma firm Sanofi with which it shares drug sales territories. Regeneron and Sanofi have had a …
Robert Brinson|December 28, 2019|