As per fund manager Janus Henderson, the world economy is heading towards a period of “dull, low” growth, but the risk of an outright recession remains small.

This year, market participants along with all other stakeholders are increasingly worried about the prospect of a severe economic downturn.

Most economists and experts agree that economic growth is slowing, but policymakers have expressed some hope for a soft landing rather than a full-blown recession.

“There is definitely a slowdown in the momentum of the global economy. I don’t think the economy is going to be as strong as it was last year,” Jane Shoemake, investment director of global equity income at Janus Henderson Investors, told CNBC on Monday.

“Our central forecast is not for a recession… It is just for dull, low growth,” she added.

In contrary to this view, Nobel Prize-winning economist Paul Krugman warned earlier this month that there is a significant chance the world economy is headed for a recession either later this year or early next year.

Krugman earlier warned there is “quite a good chance” of a recession in 2019, adding he was worried economic policymakers “do not have an effective response” if the economy slows down.

At the onset of February, the European Commission sharply downgraded its forecast for eurozone economic growth in 2019 and 2020.

These estimates were stated less optimistic than the EU executive’s previous forecasts, exacerbating fears that a global economic downturn is spreading to Europe.

Shoemake said the economic downturn in China, the world’s second-largest economy had inflated concerns of a global recession, but Europe has been the “real disappointment.”

“We have had a massive change in what expectations are for the Federal Reserve, and so if they don’t raise any further, dividend yields (regular payouts from a stock) are going to look very attractive because bond yields are not going to be moving any higher particularly,” she added.

On Wednesday, investors are to monitor the release of minutes from the Federal Reserve’s last policy meeting. They are expected to provide investors a better idea about the prospect of any interest rate hikes later this year. 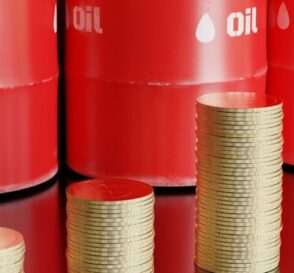 The prices of oil rose to eighty dollars per barrel due to an unexpected setback in the global power dominion, which unsettled the market and decelerated the restoration of oil output by the Organization of Petroleum Exporting Countries (OPEC+). The …
Michael King|October 11, 2021|