Home
Economy
Japan to Launch its Own Digital Currency After Tunisia, Senegal, China Any Many More

Countries like Tunisia, Venezuela, Senegal, China, and many others have launched their own digital currencies not because they want to compete against their national government-backed currencies, but because they perceive cryptocurrencies as technological breakthroughs. Japan is all set to join this list of countries that are inclined towards launching its own Yen digital currency. A senior lawmaker from the ruling party in Japan made this announcement on Monday, that Japan will be launching its own digital currency in the next 2 to 3 years.

The onus of adopting cryptocurrencies lies in the fact to make the countries go cashless. Not only do cryptocurrencies facilitate easier online transactions but it also helps in currency exchanges with international countries. It also helps in reducing the national debt of the countries. Apart from these reasons, there are 2 other important factors that contributed to Japan’s taking this decision of creating its own digital currency.

Talking about the benefits that the digital currency can bring in the nation’s economic development, Kozo Yamamoto, the finance head of the Liberal Democratic Party (LDP) remarked,

The sooner the better. We’ll draft proposals to be included in government’s policy guidelines, and hopefully, make it happen in two-to-three years. The spread of digital currencies may undermine the dollar’s supremacy, but it could help stabilize emerging markets such as Cambodia, which heavily relies on the dollar. If each country manages to control flows of money with their own (digital) currencies, that could prevent a big swing at a time of crisis and stabilize their own economy. 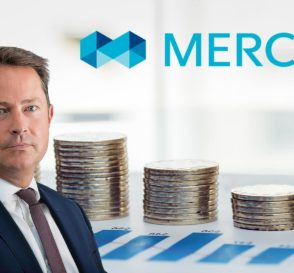 Mercer has appointed Steve Sands as the new Financial Planning Leader of its UK global consultancy. Sands will be in charge of continuing to amalgamate the smooth integration of the Mercer Jelf and JLT financial planning departments into one operation. …
George Hicks|December 4, 2019|