Jungle Ventures, a Singapore based investment company, has recently invested in the online ticket booking platform BookMyShow. As of now, the exact amount is not disclosed, and the investment is made through the parent company of BookMyShow, i.e., Bigtree Entertainment Singapore.

BookMyShow (BMS) is a start-up launched in 2007 and has its headquarter in Mumbai. It is the first external investment in BMS’s South-East Asian arm, which will be used to develop its technology and operations. In 2016, BMS diverged its operation in Singapore and Malaysia. After this investment, the headquarters for the business of the firm will also be moved to Singapore from Indonesia to focus on growth in the region. BookMyShow has also announced to make a tie-up with the Grab app to enhance the user experience and reduce the turnaround time for bookings of tickets.

As a booking partner for various live performances in music, sports, and comedy, BookMyShow distributes movies shows and tickets across the region. Disney’s Aladdin, Cirque du Soleil BAZZAR, and world-renowned artists like Coldplay and Ed Sheeran are the few that BMS has introduced to the S-E Asian region.

Regarding the partnership, Managing Partner of Jungle Ventures, David Gowdey stated that BMS is a blooming startup in the region, but “it has the unique advantage of being able to pull on the experience and technology in India.” He further added that Jungle Ventures is helping BookMyShow to be the “regional category leader in the ticketing space.” 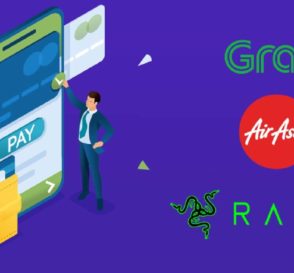 In a report by Reuters, it has come to light that Cab services group Grab, gaming company Razer, AirAsia, telecom organization Axiata, and lender CIMB are some of the companies interested in applying for digital banking licenses in Malaysia. The …
Wayne Clark|January 23, 2020|