Last year was profitable for the newly emerging altcoins in terms of market cap and popularity. Particularly for Dogecoin and Shiba Inu, the so-called meme-coins. However, the criticism emerged to question the value brought in by the coins to the money invested in them. Most of such arguments are based on the lack of real-world utilities, unlike Bitcoin or Ethereum. The protocols started working towards various crypto-based projects to keep themselves relevant in the market while also working towards becoming an accepted mode of payment in renowned firms.

The first week of January witnessed AMC Entertainment making official announcements about accepting Dogecoin and Shiba Inu. Only a week passed, and a popular real-estate firm has expressed its intentions to accept cryptocurrencies. Harbor Custom Development Inc., a firm listed on NASDAQ, says it will accept DOGE, SHIB, and XRP from January 24 onwards. Also, Click here to find more details about Dogecoin prediction.

Harbor is a real estate firm founded in the United States of America by Gig Harbor. The company has its hands in various areas of real estate development, like entitlements, acquisition, construction, marketing, sales, and project management. The firm acquires scenic lands to develop them into residential areas, communities, or condominiums that are easily accessible from the employment spaces of the cities.

The initial press release from the company came in the latter part of December. It stated the real-estate firm’s intentions to accept bitcoins along with a handful of altcoins as a standard mode of payment. The listings on the company’s website, from real estate plots to condominiums and apartments, can be bought using cryptocurrencies. Still, it was limited to only Washington, where the firm is located, and three more states — namely California, Texas, and Florida. The press release also announced that this decision would come to effect on 24 January, and the company reserved the rights to add or remove any number of virtual currencies during that period.

Now, we have got to look at the list of virtual currencies accepted by the firm. Apart from the obvious choices like Bitcoin and Ethereum, the list also includes meme-coins like Dogecoin and Shiba Inu. As far as the plans of Dogecoin go, it is trying to establish itself as a currency of payment. Even experts and prominent personalities accept that Dogecoin has one of the best infrastructures to be adapted for day-to-day payments. Without a doubt, Dogecoin is slowly racing towards its goal, with companies increasingly adopting the currency. Dogecoin has all the potential to become one of the most valuable coins in the market if it keeps getting more partnerships and tie-ups like this one. 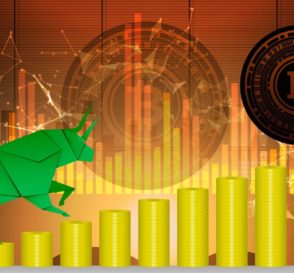 After witnessing a rejuvenating 2019, it appears that Bitcoin will surge yet again. Bitcoin has caught the interest of many people all over the world and they continue to make a prediction about its trend. In the long list of …
Robert Brinson|January 11, 2020|