Korean popular company Samsung is trying to regain its crown in India by taking necessary steps. Due to its Chinese rival company Xiaomi, Samsung had lost its top place in the market and is now planning to launch a new smartphone series. The new handset series that is estimated to contribute around $4 billion (more than Rs. 28,000 crores) by the year-end 2019 through sales.

Ranjiv Singh, the senior vice president of mobile marketing unit of Samsung India, informed ET that, necessary steps are being implemented to counter Samsung rival Xiaomi. “We are currently forming a whole new portfolio for launching new smartphones of A-series. The A-series handsets will be launched in March and up-to June we will be launching new smartphones each month.”

“Our main goal in India for the year is to make a sale of around $4 billion via single series.” Ranjiv Singh mentioned, further he added that the series would be an important asset and offer services that will increase our sales within the channels and within the areas for Samsung.

Samsung will follow the latest rules of FDI policy of e-commerce while launching the multi-series smartphones in India that was kick-started on February 1. The latest FDI policy backs various retail channel procedure.

“The launch of multi-series will help us to increase our ranking and will add to the market share. It will assist us in delivering the portfolio and to become the largest brand of India over a single name series for the year 2019”, this is our objective, Rajiv said.

During the fiscal year 2018, the revenue of the Samsung Company was increased by 10 percent reaching at Rs. 61065 crores at the same time facing huge competition from its Chinese opponents Xiaomi, Vivo and Oppo by offering low price smartphones which led to decline in the net profit of Samsung India to almost 11 percent to Rs. 3,712.7 crore.

There are around 2000 brand stores, and Samsung’s offline mode is around 180,000 consisting of retail shops.

Few Samsung A-series smartphones will compete with the recently launched Samsung smartphones M series. Singh also said that Samsung seeks to spoil its users for their selection even if we have just one series at the moment which is available only through online mode. Later he mentioned that “We want to offer everything whatsoever in order to fulfill their needs.”

The launch of latest M series of Samsung which was sold by using online platform, this was the first step taken by the company in order to establish their presence over online modes and to reach out too many youngsters across India. By launching its A-series handset, Samsung will strengthen its offline retail channels and look over its capitalization.

However, Tarun Pathak, the associate director at Counterpoint Research reported that the multi-strategy brand would be difficult for the top companies to roll back.

Pathak also said that within the past not most of them have achieved success although vertically integrated opponents like Huawei and Oppo have gained success and now Samsung might gain more from it. Consolidation has been set, and the new multi-series can be used to aim at particular consumer group, particular channels, and particular product segments. 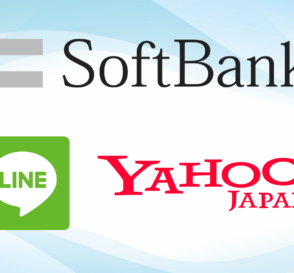