The country’s largest public sector bank, State Bank of India (SBI) has no headroom to cut the deposit rates at present and so impossible to the cut the base lending rate as well, SBI Chairman, Rajnish Kumar informed in an interview to CNBC TV 18 on Monday.

During an interview with CNBC TV 18, the Chairman mentioned that Marginal Cost of Funds based Lending Rate (MCLR) is used to specify the lending rates for commercial banks, although the problem with the bank is that bank wants to cut the deposit rate in order to cut the MCLR. Rates were cut by RBI and SBI. SBI had announced that only 0.05 percent of interest rates would be cut on home loans amounting to Rs 30 lakh. The SBI has cut the interest rate and will soon be able to reduce it to another level due to a decrease in the marginal cost of funding.

The Reserve Bank of India (RBI) in January had shocked markets by reducing the repurchase rate (repo) by almost 25 basis points to nearly 6.25 percent in-spite of expectation of the market for a status-quo over the interest rate.

Another state-owned bank like Bank of Maharashtra, which comes under the PCA framework declared that it is going to cut a 0.05 percent rate in its marginal cost of funds-based lending rate (MCLR). The rate will be cut only for the loans with 6 months tenure. The other 4 categories remained unchanged which also included a year MCLR.

Depending upon the cost of deposit, the private sectors banks of India could price their benchmark loan rate which is widely known as MCLR.

The SBI Chairman stated, “there is no headroom to cut the deposit rates for State Bank of India, as of now it is not available according to my belief” and “in the current circumstances if I try to cut the interest rate then there could be issues arising.”

Within two to three weeks a meeting is going to take place, and in that meeting, the RBI Governor Shaktikanta Das has said that he will talk to the bankers and will ensure for fast and better exchange of policy rates. 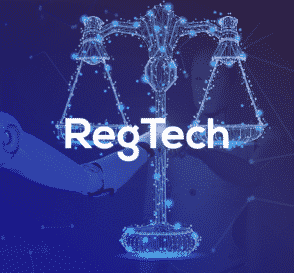 The United Kingdom is well known for having some of the most business-friendly regulatory bodies, and the Financial Conduct Authority (FCA) is certainly one of those. In a new development, it has emerged that the FCA is now exploring ways …
Robert Brinson|November 7, 2019|